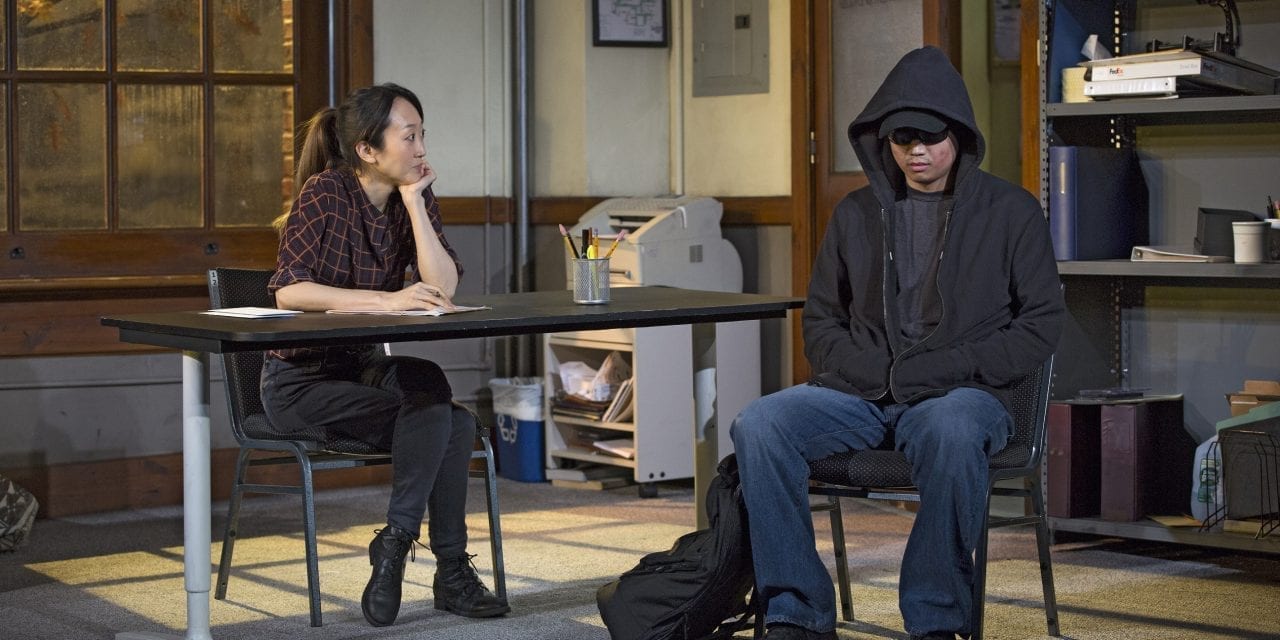 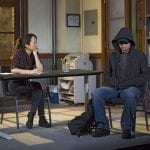 Julia Cho’s Office Hour opens in a coffee shop with three professors from the English Department. Two of them, David (Greg Keller) and Genevieve (Adeola Role) are there to warn the third professor, Gina (Sue Jean Kim) about a student they have encountered, a boy who never speaks and who writes disturbing pieces about rape, incest, and murder. This boy has truly scared them and so they are making an appeal to Gina, who now has the boy in her class, to try and talk to him. Maybe she can help, or at least find out more about him and then have enough information to finally have him expelled. The question posed is, “Is he a troubled student or a student who is trouble.” Gina agrees to meet with him outside of the classroom to see what she can do. She has to agree. She is an adjunct professor, the bottom of the professorial rung. Her employment depends solely on the attendance of her class, and because of this boy she has already lost students and cannot afford to loose anymore. If she drops below 15 participants the class will be taken off the curriculum and she will be out of a job.

The second part of Office Hour is set in Gina’s office. The boy, Dennis arrives for the meeting, but says nothing forcing Gina to work even harder to try to connect to him. She talks and talks about writing; his writing and hers, what it means to be a writer. Asking him to, “Write something that connects, not repels.” Dennis sits and barely moves. He knows that the quieter he is the more unsettling and that is his power. However, through her speech Gina is able to find cracks in his shell and the cracks lead to wide open chasms where Dennis, (Ki Hong Lee) then tells his truth of profound pain.  He says, “ I am dead. This has to be dead. The thought that this is life is unbearable.” He continues, saying he, “Was born to be a hated and kicked. Society needs me. The loser exists for a reason.”

Is what he’s saying true? Do we need those we can look so far down on to make the rest of us feel better? Will he be a shooter or not? Is this the path of the shooter? And if the loner were to have had someone like Gina who reached across the table to understand their pain would that have made a difference? Would the trigger never have been pulled? These questions are played out in scenes that end over and over with different scenarios of choice – violent or not, until the final scene of guns going off all around. The audience barraged with the sound of gunshots. Actors aiming guns at each other, themselves, out windows and each aim followed by the pull of the trigger again and again and again and…

Do we require this to make us sensitive to the mass shootings that are so prevalent today? To understand or try to understand the ones who commit these crimes? Office Hour isn’t opening our wound for examination so it can heal, but instead, creating a thicker, tougher callus. Is that necessary?

The lines from the pages of the story written by Dennis, the “everyman” Loner, are, “This is the story it tells itself to itself again and again,” and we are conscious of this hamster wheel of violence but we ask is there a way to change it? Cho poses the question but there is no answer simply a mirror to what has become our now.

The performances are all solid. Sue Jean Kim as the teacher trying to help a lost student is breathtaking and heartbreaking. Ki Hong Lee’s performance as Dennis is not a performance, but an embodiment. I felt his loneliness, his sadness and they were suffocating and potent. Neel Keller’s delicate direction allows his actors the space to bring these characters and their stories to life.

Please be aware there will be loud gunshot sounds and strobe lighting.

Public Theater Partner, Supporter, and Member tickets, as well as single tickets starting at $75, are available now and can be accessed by calling (212) 967-7555, visiting www.publictheater.org, or in person at the Taub Box Office at The Public Theater at 425 Lafayette Street. 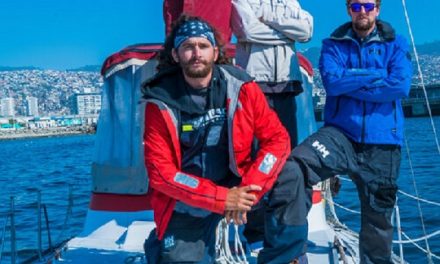 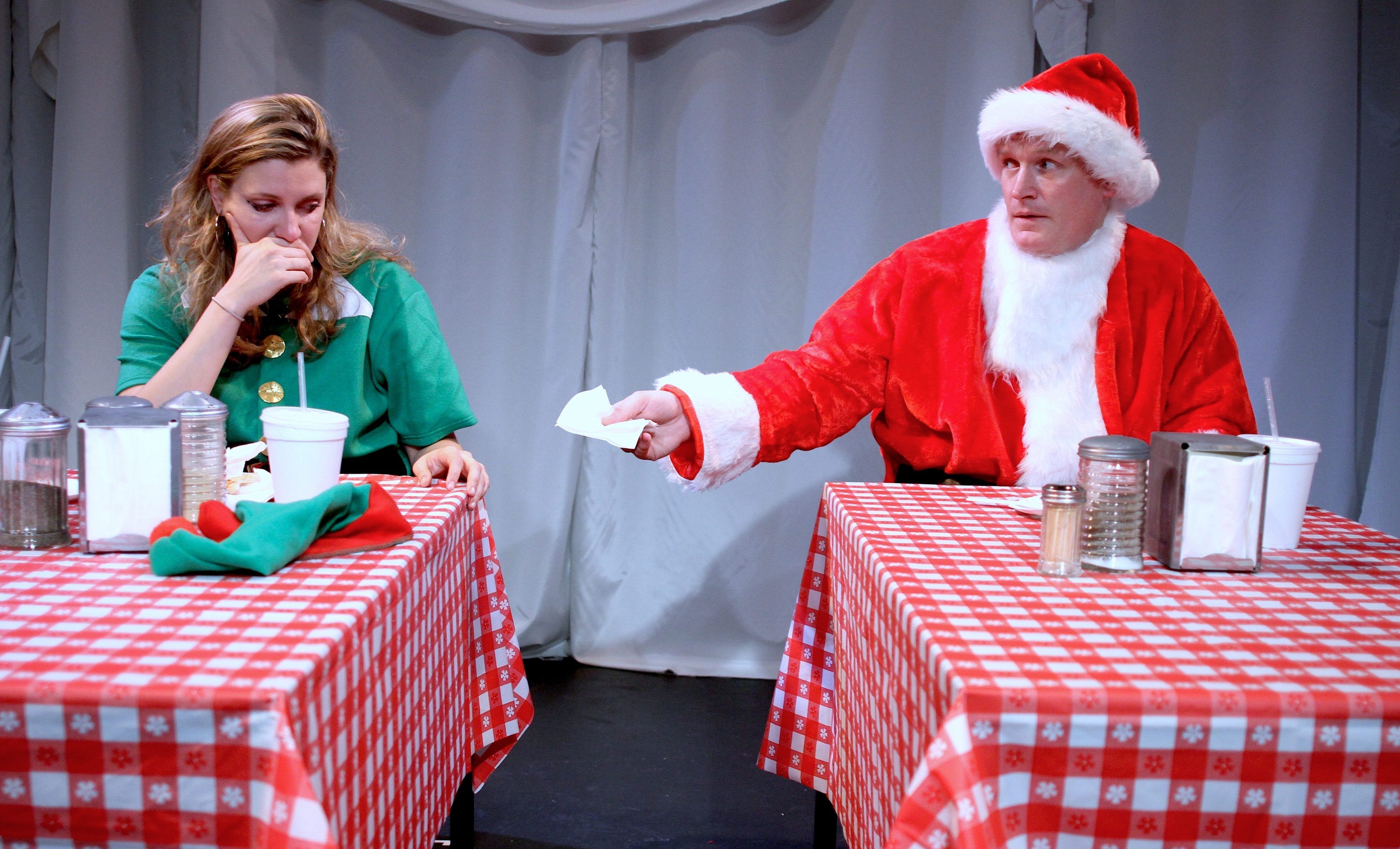 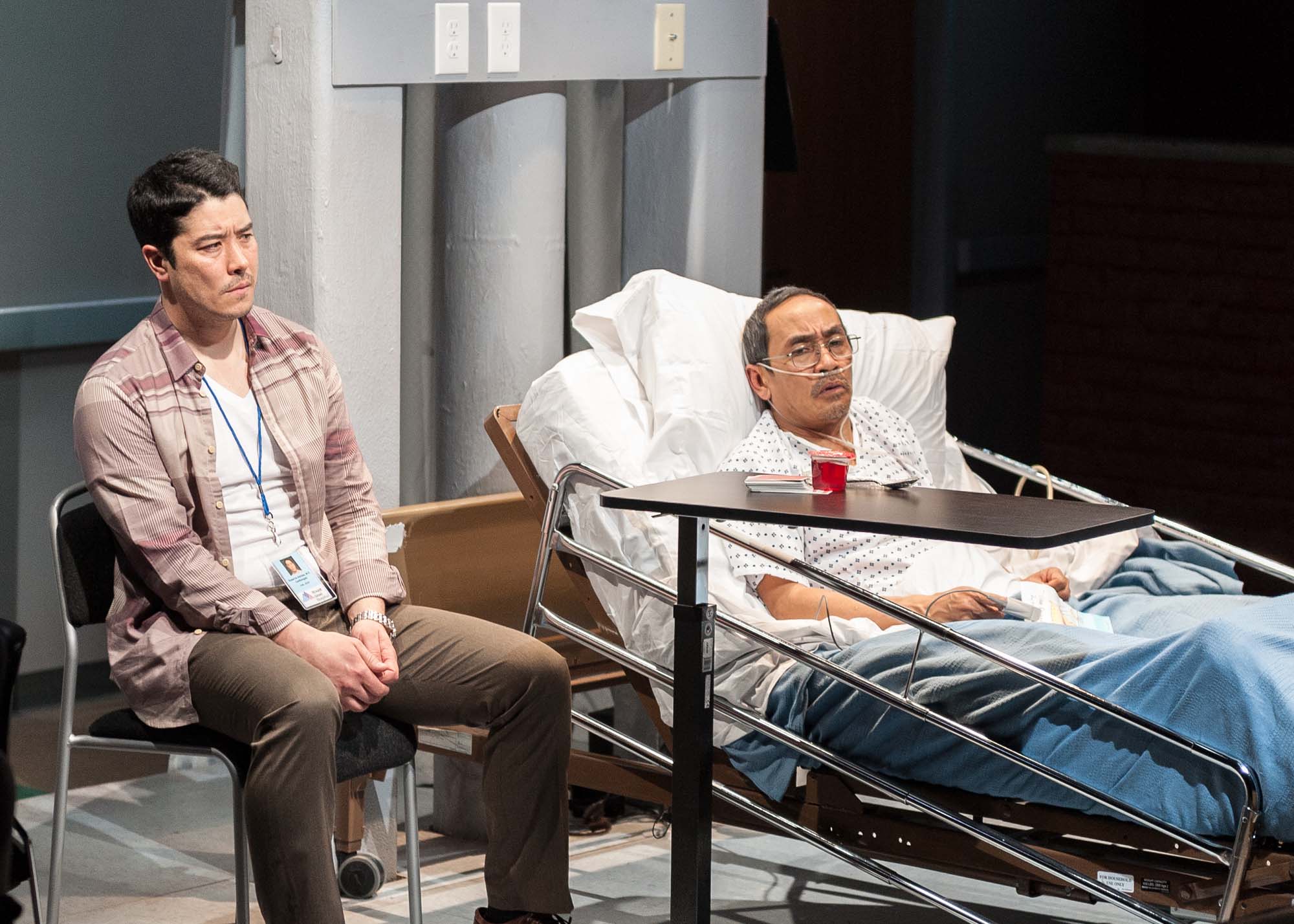