Almost, Maine is publicized as one of the most produced plays in the world (over 2000 productions), having been translated into eleven languages since its 2004 premiere at the Portland (ME) Stage Company.  I can see why, for it is a package of twelve sketches about the ups and downs of love and relationships that doesn’t shake any mountains or break any new ground.  There are twenty-one roles for actors in total, ideal for dinner theater, community theaters, and schools.  In 2006, Almost, Maine had a one-month Off Broadway run.  The very able Transport Group Theatre Company has already produced a work of playwright John Cariani, no doubt the reason for this revival.  Mr. Cariani is also in the cast.

The “Almost” in the title doesn’t refer to the adverb (as in Almost Famous).  It is the name of a fictional small town in northern Maine where the cold, snowy winter engenders a whole lotta lovin’ goin’ on.  The Gym at Judson suits the production.  The space is a gymnasium, wider than a traditional stage; there is no proscenium or thrust.  The oversized playing area makes us feel like we are outdoors.  With opening snowflakes, snow covered floor, ultra high ceiling suggesting starry sky, bare set, parkas and woolen hats, one is immediately transported to Maine.  In this production, and probably in most professional productions, two men and two women play all the roles.  Director Jack Cummings III’s tight direction skillfully moves the actors in and out of their multiple characters and situations.

The play begins with a prologue.  Ginette (Kelly McAndrew) and Pete (John Cariani) are on a park bench, reflecting on the wonder of snow.  In the playwright’s attempt at Thorton Wilder, Pete produces a snowball and illustrates with its globular circumference that we are all essentially close and connected.

We cut to Glory (Donna Lynne Champlin) and East (Kevin Isola).  Glory is a hiker, trespassing on East’s property.  She has come from far away to see the northern lights.  From a brochure on Maine, she is all fired up about the state and sorely misinformed.  She assumes that East is a lobsterman, though they are miles from the ocean.  Glory’s husband Wes died last Tuesday.  She has come to say goodbye and apologize, believing he is somewhere up there in the stars.  Wes broke her heart, she tells East, so she killed him.  East is thunderstruck with love for Glory.  She insists that she is incapable of love because she lives with an artificial heart and literally carries the broken one around with her.  “I am a repairman, I can fix it,” East pleads for her love.  This scene, with its conflicting tones, worked less well for me than others.  The serious and the comic don’t quite mesh here.  I wished the actors played it fully real, instead of commenting on dialogue like they do in sitcoms.  It would have a darkly comedic feel, yet be more poignant.

There are nine scenes to follow, separate tales with different characters.  Almost, Maine isn’t a full length play, but a collection of stories united by their location and theme of love.  I won’t give a full synopsis of each one, but here’s an overview.  Jimmy (John Cariani) nurses a drink alone at the Moose Patty bar, pining for Sandrine.  Sandrine (Kelly McAndrew) appears, Jimmy gets his hopes up, only to learn she is there for her wedding eve bachelorette party.  There is Marvalyn (Donna Lynne Champlin) who by accident repeatedly hits Steve (John Cariani) with an ironing board, though he swears he can feel no pain, therefore no love.  Perhaps the cleverest scene has Gayle (Kelly McAndrew) breaking up with Lendall (Kevin Isola).  She delivers a dozen sacks filled with all the love she gave him.  Gayle demands that Lendall return “all the love you gave to me”.  Lendall emerges with one itty-bitty sack.  Funny sight gag.

There is the obligatory married-couple-lost-the-magic scene with Marci (Donna Lynne Champlin) and Phil (Kevin Isola).  After living in the outside world, Almost native Hope (Kelly McAndrew) comes home looking for Daniel/Man (Kevin Isola) to accept a marriage proposal left hanging years ago.  You can guess the ending.  And there is Dave (John Cariani) who visits Rhonda (Donna Lynne Champlin) every Friday night, never to set foot inside her house.  He brings her a painting she can’t decipher.  When Rhonda finally gets her first kiss ever, she decides to go all the way with Dave.  The biggest laugh of the night is watching them peel off layer after layer of warm clothing to make love.  A Maine love scene.

John Cariani is a good writer, and perhaps his talents would fit well with writing sitcom.  Director Jack Cummings III stages the transitions smoothly and doesn’t miss a note.  All four skilled actors superbly carry out the action.  Yet I was left hungry and unmoved.  The very nature of Almost, Maine, ten disparate short stories, fleeting, not entwined, make it difficult to get attached to the characters.  If the characters intersected like a Robert Altman film, the production might provoke more emotional impact. 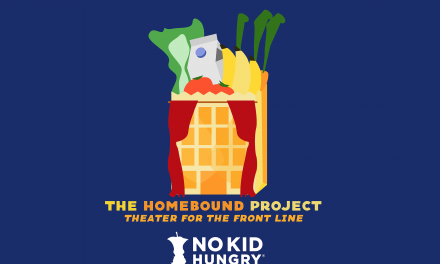 The Homebound Project – 50 Actors and Playwrights May 6-10 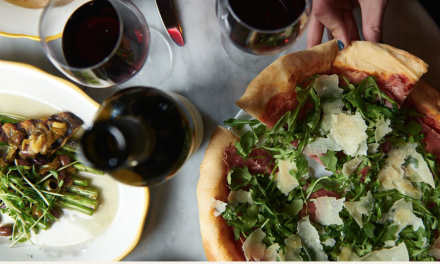