There is something bewildering about this production of The Winslow Boy.  For much of it I was certain I could see everyone’s lips moving, but I didn’t get what they were saying.  I mean I did understand the words, but as to the sense of it all – that wasn’t making its way across the footlights to where I was sitting.

The Winslow home on a rainy Sunday afternoon just before World War I – and Ronnie Winslow (Spencer Davis Milford) has bundled himself home unannounced because he has been expelled from the Naval Academy for stealing a postal money order.  The fact he has been accused is monstrous, but the fact that he is carrying a letter from the Academy requesting that his father Arthur (Roger Rees) formally withdraw Ronnie from the Academy is a public humiliation – and that sort of thing is not cricket.

So the it is Woe is me. Shame and Scandal in the family.  Edwardian Style.  But the focus here soon becomes Arthur’s insistence on defending his son. Not only does he believe Ronnie, there is a little matter of “Let right be done.”  This is not as simple as it sounds, however, because turning this case around is, in effect, suing the government.  The barrister who eventually takes the case, Sir Robert Morton (Alessandro Nivol) is being asked to pat his head and rub his belly at the same time, and to do it while walking and chewing gum.

To add a fly to the ointment, there is the matter of Catherine Winslow (Charlotte Parry) a New Woman (a suffragist) who is engaged to John Watherstone (Chandler Wiliams).  Something like this could interfere with the marriage.  Not only that, but defense is expensive, and Arthur’s determination (this is a patriarchy dontcha know) is a threat to everyone in the family.  Financially they are undermined.  And if the case is not successful they will, in short, be ruined.

So you can see that there are high stakes afoot.  But knowing that and feeling same are two different things.  It is as though, because we share the same language, it was assumed that we Americans would get the predicament down to our toes, so none of the actors had to try very hard.  With the exception of a few moments delivered by Arthur’s wife Grace (Mary Elizabeth Mastrantonio) there is little of the electricity of fear and risk running through the wires.  There is also the addition of the very fine work of Michael Cumpsty, who again gives an extraordinary performance, as Desmond Curry, the family solicitor who, in spite of suffering from unrequited love for Catherine, is the single person in all of London who is supporting the entire Winslow household.  Each time Cumpsty steps on stage you can feel a life force that equals the story Rattigan had in mind.

This play is, in reading it, an iconic tale that was based on a true story.  Rattigan is not a writer who messed with trivial ideas – sure this is “drawing room” but these characters, no matter the surface appearance, are immensely passionate about their fates. This production is mentioned as coming directly from the Old Vic in London, which is true if you are counting the set/costume designer and the director only.  But it appears that the beating heart of this piece was left on the other side of the pond. 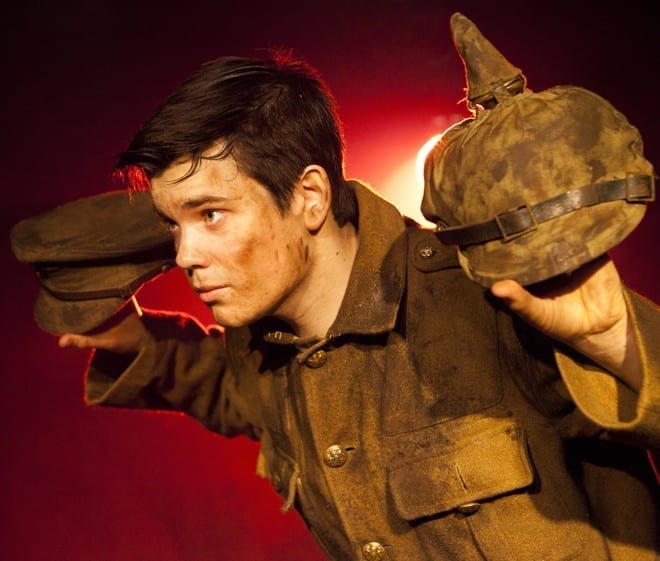 OUR FRIENDS THE ENEMY 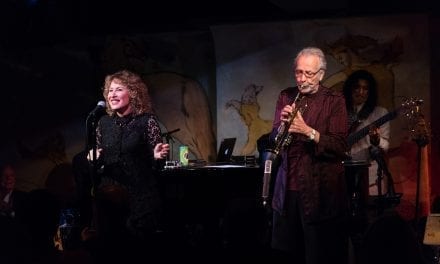