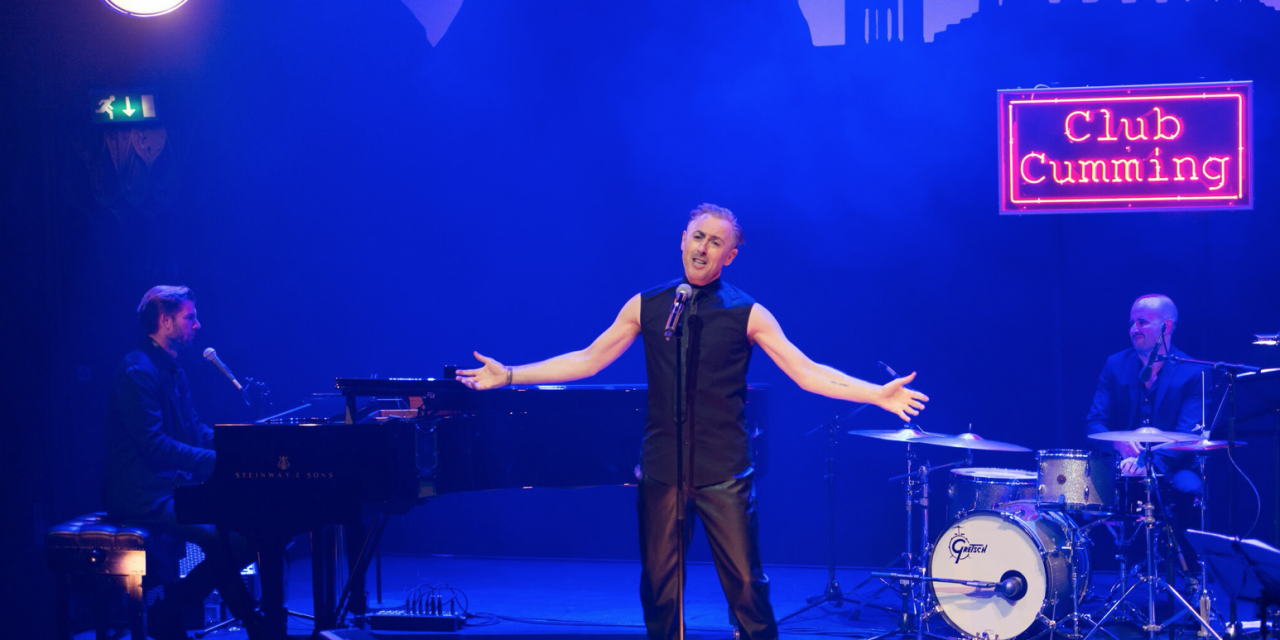 Making performances more accessible to audiences is part of the mission. Presenting shows that reflect the moment is another.

As a clear day faded into evening, the pianist and singer Michael Garin and his wife, the classically trained soprano Mardie Millit, were entertaining a crowd of diners, mixing show tunes with jazz, country, world music and mash-ups that wed Georges Bizet to Jerry Lee Lewis and Frank Zappa to Gian Carlo Menotti. It was late August, outside the West Bank Café on 42nd Street and Ninth Avenue in Manhattan, where 30 years ago the owner Steve Olsen began presenting plays and cabaret acts downstairs in the Laurie Beechman Theater.

Like all New York venues, the performance space was shuttered in March as the Covid-19 pandemic escalated. Once the summer stretched on, “One of my technical directors discussed moving the piano upstairs and putting it inside the window,” Olsen said on the phone, before the show. “We have tables and chairs seating 16, so I call it the world’s smallest cabaret room.” (A new area accommodates 24 additional people.)

Like many performers working in cabaret, the couple had initially turned to social media after the pandemic struck, with Garin livestreaming on Instagram for the Roxy Bar — where he now plays outdoors — then Facebook. “We started with my phone duct taped to a music stand so it wouldn’t fall off,” Millit said. “I’d read people’s requests and hand them to him on a steno pad.”

With fall looming, cabaret artists and venues are embracing technology with the same D.I.Y. spirit — and, increasingly, more sophisticated production values — determined not to let another season slip away. Outdoor performances are not logistically feasible for most, even with the cooperation of late-summer weather, so a number of establishments are offering virtual alternatives, and beginning to find ways to monetize them.

At Birdland, the booker and producer Ryan Paternite and the host, performer and producer Jim Caruso teamed with the site BroadwayWorld to create Radio Free Birdland, a pay-per-view series in which performances are filmed in advance, with a skeleton crew and no live audience. Caruso, who has moved his weekly open-mic online as “Pajama Cast Party!,” echoed what many cabaret professionals said: that quarantine hastened some necessary modernization. “The club had purchased three cameras, as we’d been thinking of doing something like this; the pandemic just made it more of a necessity,” he said.

The setup now is roomy, and cautious. “We have a huge dressing room and a big green room, and we’re inviting people to come with their piano players,” Caruso said. “Sometimes there are a few more people onstage, but everyone is masked till they walk on, and everything is sanitized.” Participating artists include jazz, cabaret and theater regulars like Billy Stritch — the resident pianist for the in-person “Cast Party” — as well as Natalie Douglas, Julie Halston and Telly Leung.

The Public Theater’s “Joe’s Pub Live!,” which had been showcasing mostly archival performances for free since March, started livestreaming exclusively from artists’ homes and studios in late August. The Duplex is livestreaming from both its cabaret space and performers’ homes. Feinstein’s/54 Below, a popular room for leading cabaret and Broadway performers, has rescheduled dates initially set through early October, with future plans subject to state and local reopening guidelines, and is “exploring all our programming options, including livestreaming of shows,” according to one of its owners, Richard Frankel.

Coronavirus Schools Briefing: The pandemic is upending education. Get the latest news and tips as students go back to school.

Many cabaret owners and artists say they’d like to continue streaming shows, even after their more intimate rooms reopen to live audiences. “I think it’s going to become an important source of revenue for artists and venues,” said Stephen Shanaghan, the co-owner and entertainment director of the East Village supper club Pangea, another haven for alt-cabaret artists, who is considering selling tickets for planned virtual programming “on a tiered system, with a low-end price to encourage people to donate to the artists and venue directly.”

There are other practical advantages to be considered, such as reaching fans outside New York and a younger audience in general. Ruby Locknar, the 21-year-old technical producer for “Pajama Cast Party!,” estimated that “in the first week, our primary demographic was 40 to 60 years old. Now about 40 percent of our viewers are between 14 and 21.”

This year, the Mabel Mercer Foundation’s annual New York Cabaret Convention— set to stream Oct. 20-21, from homes and venues in various cities, with a concert scheduled for Oct. 22 as part of the Radio Free Birdland series — will showcase finalists in the convention’s third, and first virtual, Teen Competition.

Making cabaret more accessible to audiences is part of the mission this fall. Presenting shows that reflect the moment — as protests for racial justice continue and the country reels from the impact of Covid on everyday life and the economy — is another.

The singer and actress Natalie Douglas welcomes increased attention to race, but said, “We’ll have to see going forward how much of it is performative. There are plenty of times where I get an email or release inviting me to an event where there are many performers but not a single person of color, or maybe one.”

Cabaret storytelling is often personal, and expanding its viewpoint only makes the art richer, explained Telly Leung, the son of Chinese immigrants. “I always find cabaret is best when people can share their own unique stories, and race is a part of that,” he said. “When you have people paying top dollar to see big names in high-end cabaret, you have to ask yourself why there aren’t more BIPOC among those big names.”

Representing a range of voices is crucial at Don’t Tell Mama, which has maintained an outdoor piano bar with a singing bartender since Phase 1 of reopening — and added a singing wait staff during Phase 2. “It’s our mission to be able to house emerging Latinx musical theater voices,” said its general manager Joshua Fazeli, citing the drag queen Lagoona Bloo and the nonbinary singer Castrata as examples. “Their message is urgent: We are not just here, we are queer and Brown, and we bring substantial value to the cabaret canon.”

At Pangea, the veteran performance artist Penny Arcade started developing “Invitation to the End of the World PT 2: Notes From the Underground” in February, and now considers its title prescient. “The situation under Covid is what we’ve been fearful of since the ’60s,” she said. “We knew if there wasn’t a roping in of corporate greed, of governmental disinterest, we’d have this kind of epic crisis.”

Pangea’s “The Ghost Light Series,” aiming to livestream this fall, will also feature the satirical singer Tammy Faye Starlite channeling the Trump spiritual adviser Paula White-Cain, and the queer song cycle “Different Stars: A Reckoning with Time, Trauma and Consequence,” for which the performer and composer Karl Saint Lucy crafted a narrative frame casting the Black artist James Jackson Jr. as a character who spends his time in quarantine watching Netflix and reflecting on a breakup.

For Douglas, “One benefit of all this is that we’re finding new ways to be creative, to get our ya-yas out.” While, like others, she greatly misses the presence of a live audience, she was inspired shortly before her Birdland session, when she watched the British drag artist La Voix perform an exhilarating concert online. “My husband said to me, ‘Do what La Voix did.’ The audience is there — they’re just on the other side of the camera.”

Determined to Salvage the Fall, Cabaret Plots Its (Outdoor, Online)

The Play That Goes Wrong 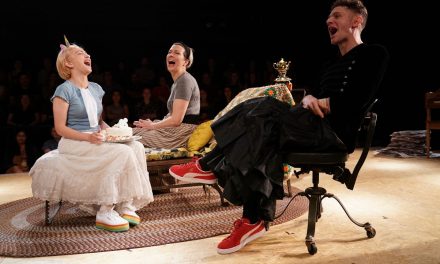 Feinstein’s 54/Below TUNE IN