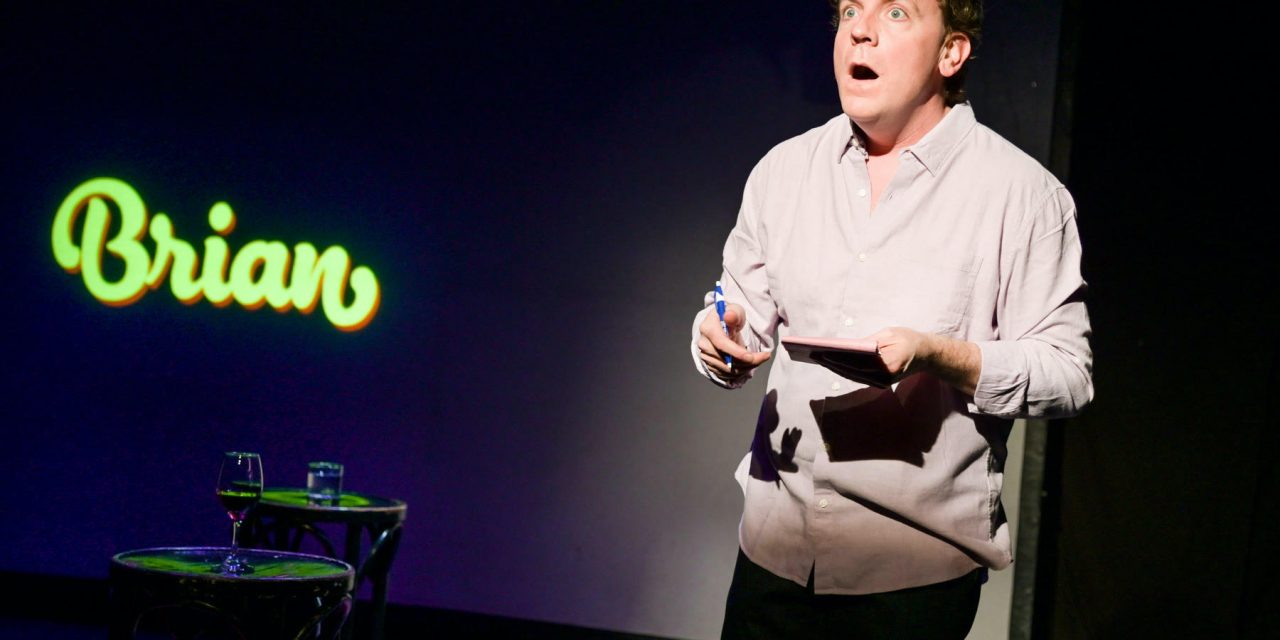 It is he present.  It is Los Angeles.  It is  Doug’s 41st birthday and he has called a meeting to order to celebrate him AND his new book.  At a Silver Lake (or is it really Los Feliz…?) wine bar with a secret door he has gathered several of his dearest and weirdest – and do they ever gather.  Drew Droege plays all the characters with his usual grace and precision.

Jason, an official “ex-actor” and professed sober person is about to achieve liftoff.  Sober not so much.  Brian is a tongue tied waiter seeking some of the light that Doug is throwing off. Devin is there on the prowl and ready to fuck anyone within reach. Jackson and Harrison have traveled all the way from Woodland Hills and leave almost as soon as they arrive.  They are married, new parents, and officially terrified of this many gay men in one room.  Christopher slithers in from the past, where he mostly lives, to liven up the party with his narrative that includes dissing his husband who would rather spend the evenings with their dogs than out on the town.  Stephen, ex-love and presently employed screen writer, can barely squeeze is enormous ego through the door and only has a few minutes to bestow on the Birthday Boy.  The final guest is Oscar Wilde who only comes out when Doug is sufficiently buzzed, and that would be tonight.  Finally, there is Doug himself who closes the evening by critiquing the above characters and reassuring us all – the ones who have remained – that we are the best of the best and he will hold onto us because he knows it.

This play flies by in a mere 55 minutes, all of which are taken up by monologues.  The exception is Jackson and Harrison who dialogue is like a ping-pong match – only faster.  After seeing Bright Colors and Bold Patterns a few years ago I was intrigued to see what this show would reveal.  In Bright Colors all the characters were played by Droege, but there was a sparkling interaction between many of them which he handled brilliantly.  There was a commingling of tensions as couples old showed up as couples new.  And at the center of it was this problem of a w-e-d-d-i-n-g.  What were gays going to do if they were allowed to become mainstream and pick their own color schemes for their wedding day?

In Happy Birthday Doug there is no mixing of the personalities.  In addition there is no conflict in the circumstances.  There is only one monologue after another.  Each person is talking to Doug, who must be the most patient person in the world because he seems to get about two sentences into the exchange.  Because of this he is the one person we barely see.  This is an omission of some magnitude, because Doug lives at the center of all of these people.  His brief thank you speech at the conclusion is not enough to give us a full picture of him, nor is it enough to connect him to the loony tunes people we have just seen.  With DOUG MIA the rest of these characters blend together in a slow current, albeit often hilarious, looking for a destination.

It is light fare delivered by a master story teller.  I was hoping for something more layered.  You, on the other hand, may be very satisfied.  That is why I love theatre.  Everyone sees a different show at the same time.

Produced by Michael Urie. All shows are at SoHo Playhouse, 15 Vandam Street, between 6th Avenue and Varick Street in Manhattan. The show runs through March 1.  Tickets 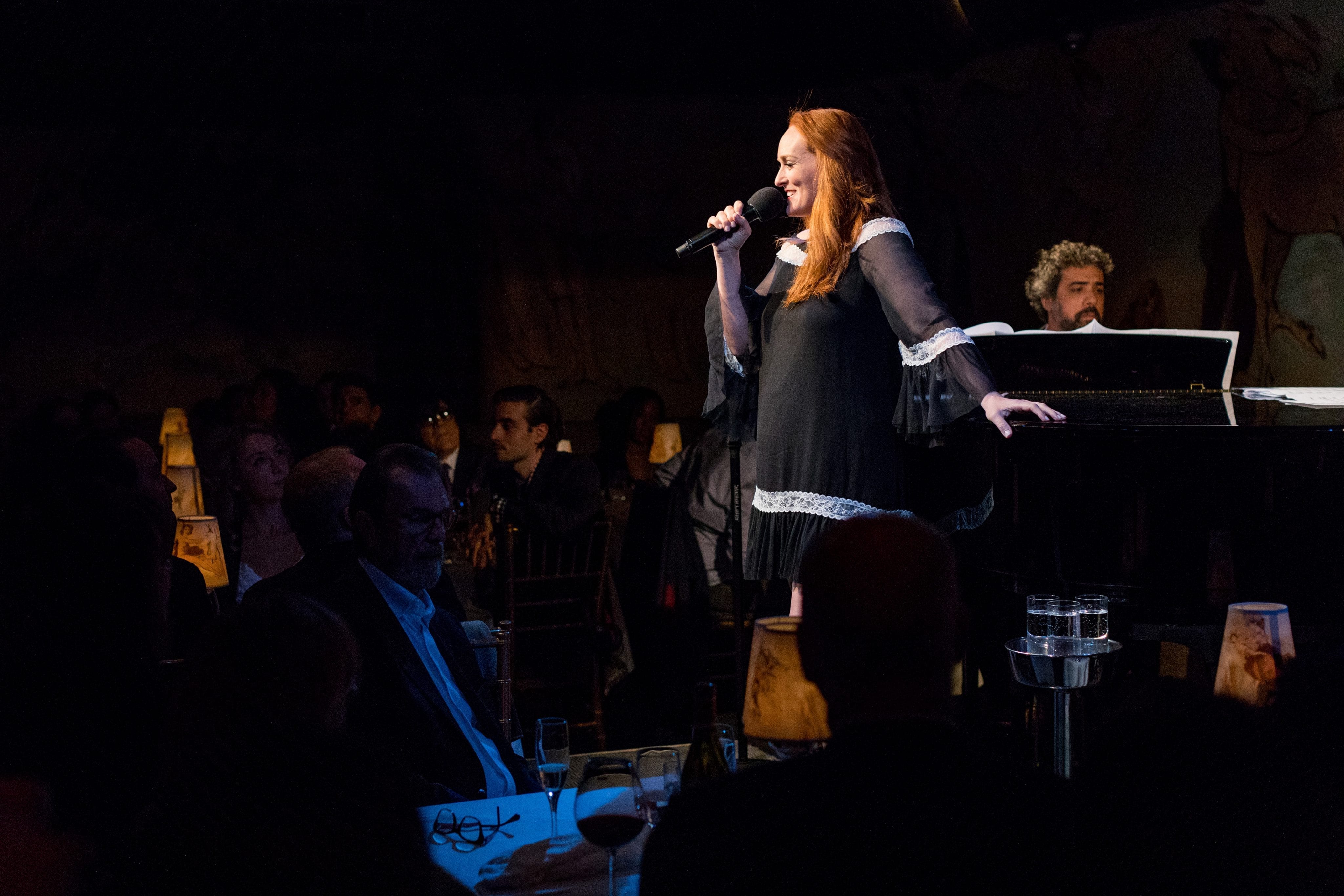