A Musical About Star Wars 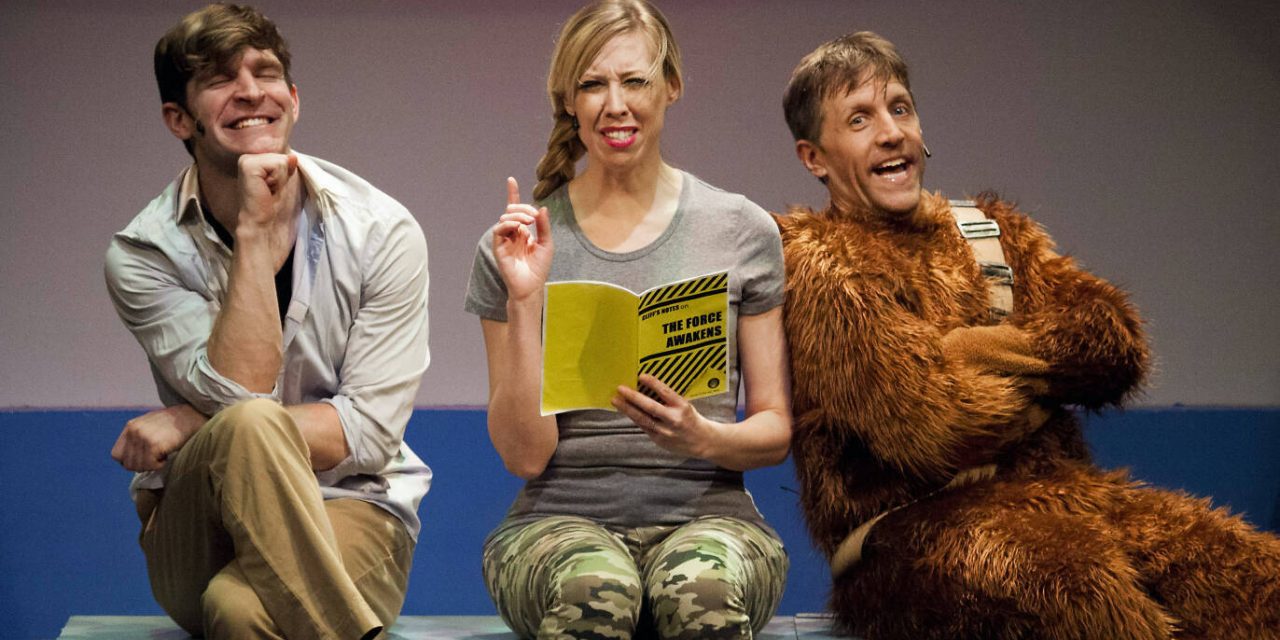 From the moment you turn into an alcove and enter St. Luke’s theatre it is fun. Fellow theatre goers are dressed in Star Wars gear including the iconic Princess Leia hair style. It felt like you were at a private party. Last time I was at St. Luke’s Theatre was for Tina and Tony’s Wedding where wine flowed when paid for by the hosts but at today’s show no libations can be sold (there is a church next door). The Star Wars backdrop was on display to take photos and people were shooting video and posting to Instagram and other social media.

I admit I was not as enthusiastic as the rest of the crowd. I have only watched one of the movies – the first and original Star Wars. It was assigned as classwork for a course.

As a lone trekkie or Star Trek fan in an enthusiastic Star Wars crowd I was welcomed. The show seeks to instill many Star Wars facts and hopefully convert everyone in the audience into avid fans. The show was sold out. Despite or perhaps synergistically due to the Star Wars: Episode IX – The Rise of Skywalker being released December 20, 2019 and playing in theaters all over the city A Musical About Star Wars was jam packed.

One needs to know absolutely nothing about Star Wars to enjoy this parody. All three actors in the play are just adorable. Scott (Scott Richard Foster) and Taylor (Justin Sargent) meet in a blockbuster video store in Staten Island and become fast friends when they discover their mutual love of Star Wars. They decide to create a musical together and try to enter it into New York Comic Con at the Javits Center. However due to their overzealousness they have a restraining order issued against them and seek out a nearby theatre to conduct their shenanigans.

They need a woman to cast for Princess Leia and hire Emily (Emily McNamara) to join the cast. However, Emily has ulterior motives for joining Scott and Taylor. Emily is a self-proclaimed “actor”vist. She is tired of George Lucas’s misogynistic empire and wants to strike back. Her plan is to disrupt the show and point out there is only one female lead and the only other women are three under-fives. An under five is what actors with under five lines spoken in a show are called. These are the only women in all the Star Wars Empire and galaxy.

Is Emily successful in changing the minds of Star Wars fans or do Scott and Taylor pervade? The full name of the production is A Musical About Star Wars – or Why Star Wars is the Greatest Thing in the Galaxy, Much Much Better than Star Trek. Star Trek and Star Wars fans alike will love the slapstick ingenious comedy and snappy original score by Billy Recce. Grab a light saber and head on over to St. Luke’s Theatre to get all your questions answered.

A Musical About Star Wars 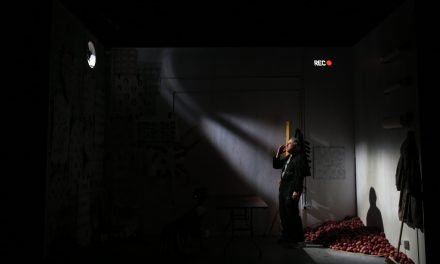 The Suitcase Under the Bed