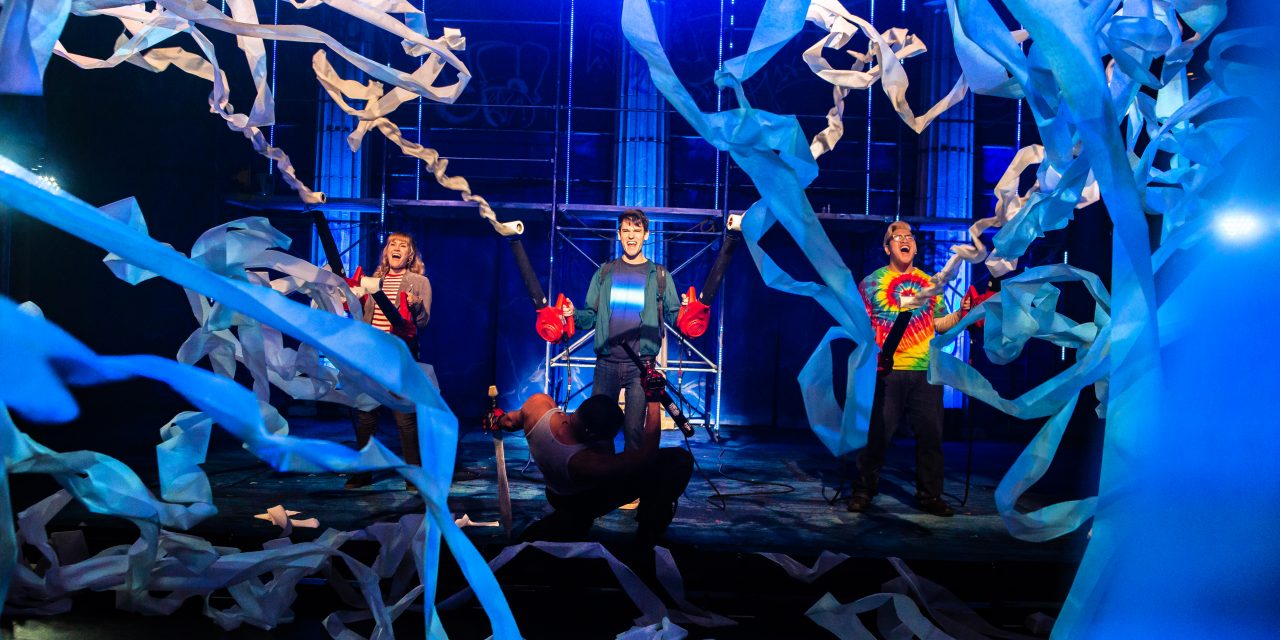 Score 65%Score 65%
I love to root for the little guy, in this case a small show that has been enough of a hit for producers to contemplate the leap to Broadway.  That leap is fraught with danger, however.  Most shows don’t survive. The Lightning Thief: The Percy Jackson Musical, a show thin on substance and thick with trendy teen angst, was not the best candidate for said transformation.  In its musical incarnation, the ‘updated’ (read: simplified) story of Perseus has been further dumbed down and Made Very Loud in order to hammer the Big Message home.  “Hammer” being the operative word.  Read the full review HERE.
The Lightning Thief: The Percy Jackson Musical, adapted from the novel by Rick Riordan’snovel.  Book Joe Traczl music and lyrics byRob Rokicki.  Directed by Stephen Brackett; choreography byPatrick McCollum.  With:  Chris McCarrell, Izzy Figueroa,Jorrel Javier,Ryan Knowles,Sam Leicht,Sarah Beth Pfeifer,James Hayden Rodriguez,Jalynn Steele,T. Shyvonne Stewart, andKristin Stokes.
Lee Savage(set design),Sydney Maresca(costume design), David Lander (lighting design), Ryan Rumery (sound design), AchesonWalsh (puppet design), Rod Kinter (fight direction), Dave Bova (hair, wigs, and makeup design).  Music direction by Wiley DeWeese.  Orchestrations by Rob Rokick and Wiley DeWeese.
Runs October 16th through January 5, 2019 at the Longacre Theatre(220 W. 48th Street).  For tickets click here or go to the Longacre Theatre Box Office.  Run time:  2 hrs and 30 minutes, with one 15-minute intermission. 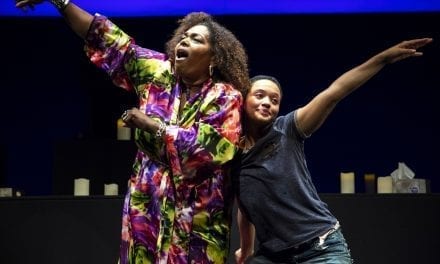 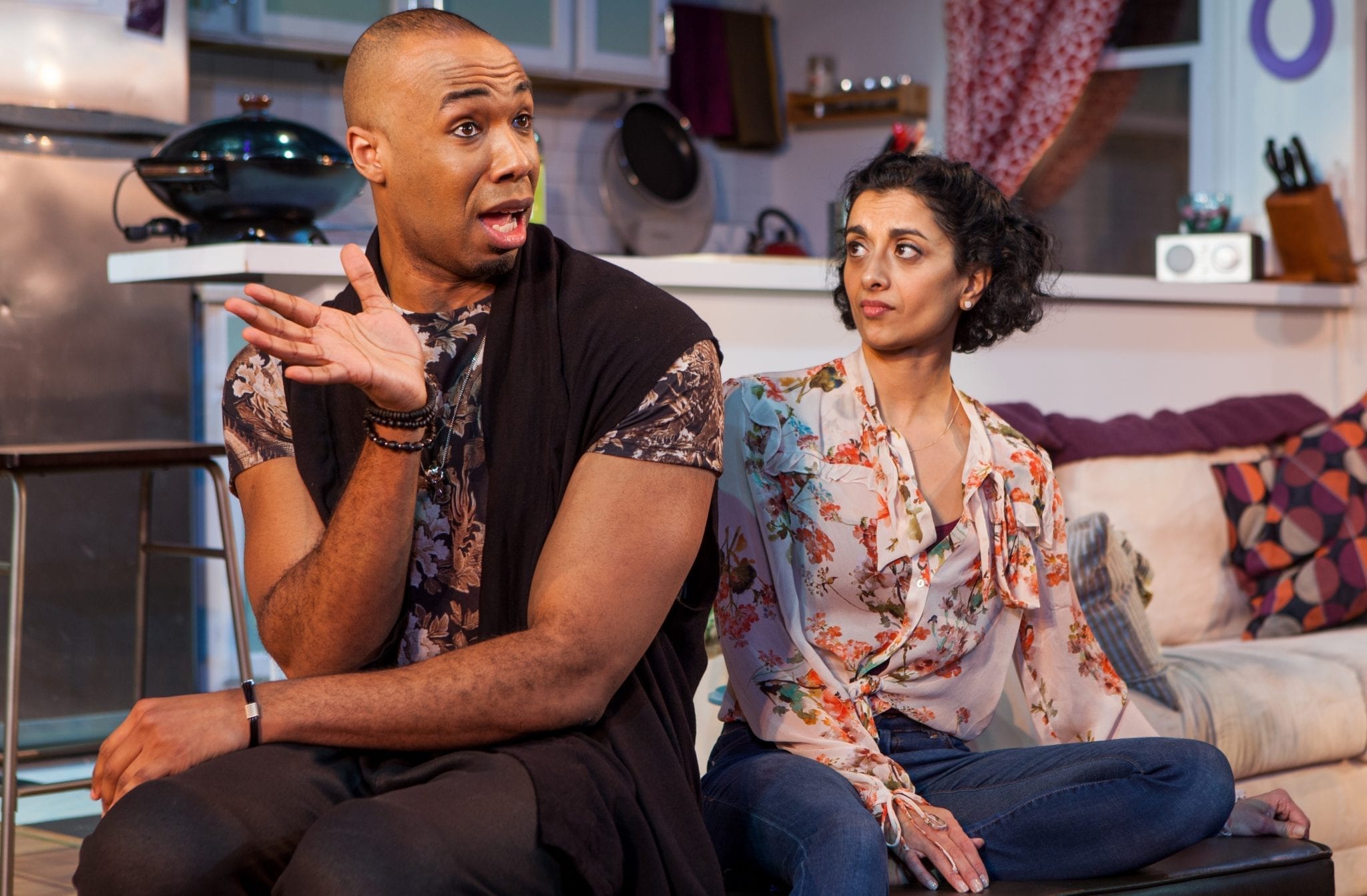