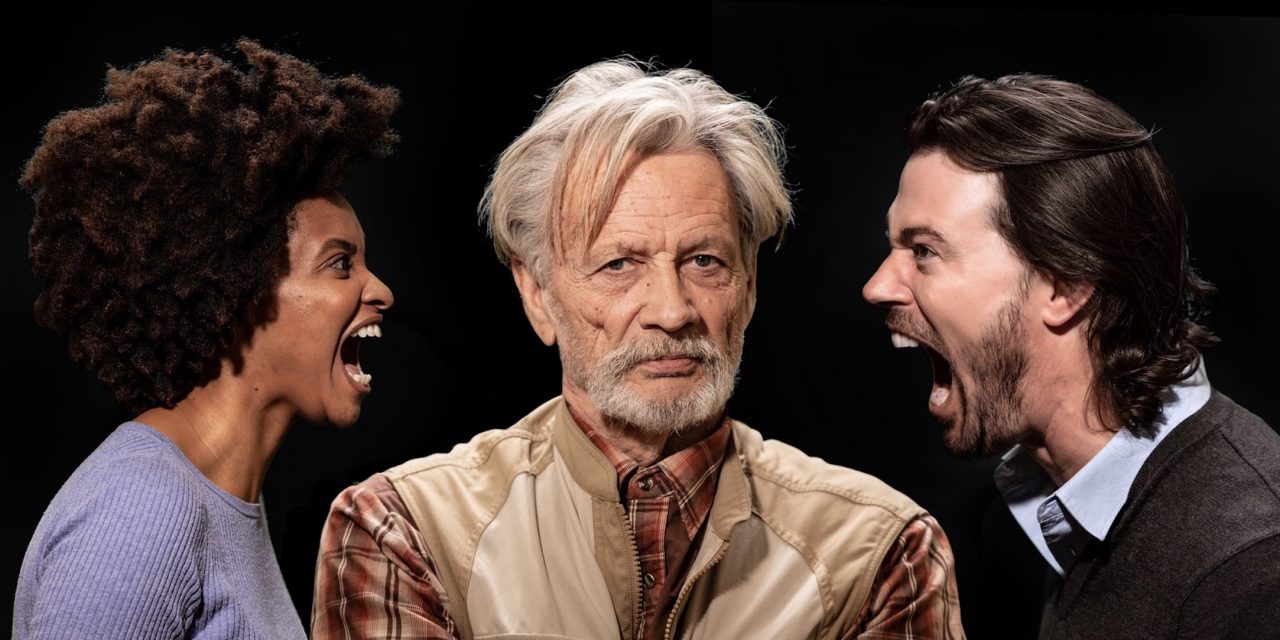 The play opens to a blaring television announcing the latest President Trump update on Fox news. Seth (Dana Watkins) walks into his father’s apartment whom he refers to as Jim (Stephen Payne). Seth proceeds to find the remote hidden on a messy couch and turns the television off.

He tells his father if he continues with Fox he will soon have no friends, referencing the number one cable morning news show “FOX and Friends.”

The stage is set. You meet the bigot – Jim, stereotyped as a conservative, elder white male. Fox watcher, fading geriatric.

Estranged from his son for 20 years, Jim reaches out to him for help as he waits for a kidney transplant match. He is in excruciating pain and miserable. Seth is stressed with work and responsibilities of elder care. He cannot tolerate his fathers narrative and reaches out to neighbors across the hall to see if they are willing to check in on him.

Father and son strike a deal. Jim will listen to history lessons Seth normally delivers to his college classes in return for Seth’s submission to a kidney match test. As the first lesson begins Jim curls up on the couch, all we can hear is snoring. Jim is excited for the next lesson as these “pearls of wisdom” help him sleep. We learn about Martin Luther King Junior. Seth notes that King was an educated, degree holding man. Jim argues that he was cited for plagiarism and his degree was reviewed. Jim suggests the “I had a dream” speech was copied. The arguments and versions of history debated range from segregation to welfare.

Seth tries to make peace with this stranger of an old man who has re-entered his life. When Jim threatens to stop dialysis because it is too painful Seth promises to take him on a trip if he continues treatments. “There must be someone you don’t hate – how about Rome? Do you hate the Italians?” Seth asks his father.

The stage is divided in half by the hallway that separates Jim from his neighbors. The two apartments are cleverly set up on either side of their respective doors. The neighbors have just moved in. A biracial lesbian couple Paula (Jaimi Paige) and Aysha (Faiven Feshazion) that aggravates Jim. They are outgoing, lovely, gregarious, healthy and happy. Paula is particularly caring and emphatic. The antithesis of Jim.

It is predictable, you guessed it, when Jim’s kidney match and donor Aysha is revealed he refuses to have what he describes as a “black, angry, lesbian kidney” stuck inside of him. The stereotype of our bigot it a tad cliché and dated. Instead of an Archie Bunker it might have been interesting to see a black male hating privileged whites. Update the scenario to 2020 rather than setting an 80’s reprise.

The Bigot has a Disney-like fairy tale non-believable ending.

The play’s writers were discriminated against and draw on their personal experiences for the seed of this play. As they say in the playwright’s notes “Bigotry was no stranger in our lives, but as you can see in our play, we never lost hope…”

A longer drawn out version of the sitcom All  in the Family without as many one liners and authenticity. A good reality check as to how far we have come.

The Bigot – Written by Gabi Mor and Eva Mor 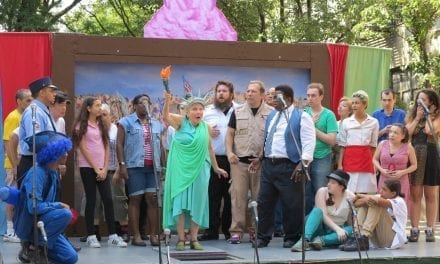 CHECKS AND BALANCES, OR BOTTOMS UP!

Fiddler on the Roof