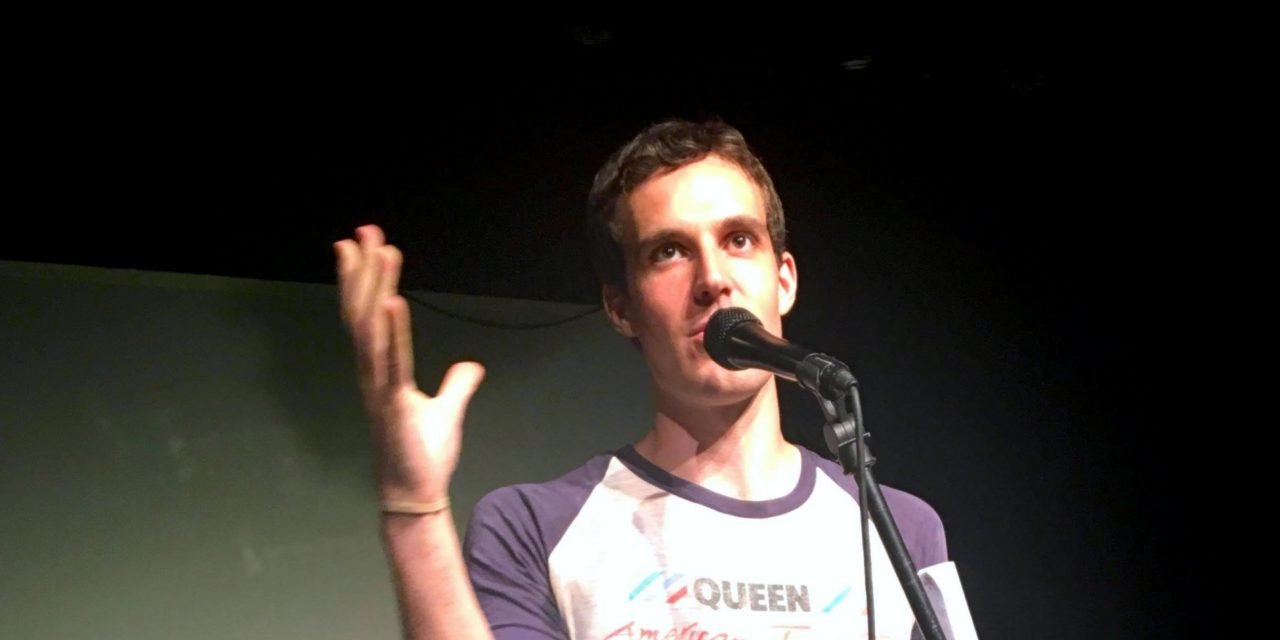 If Steven Wright, Spalding Gray, Johnny Carson, Jimmy Kimmel, Daniel Kitson, and Ellen DeGeneres were smashed together creating something new -the new would be Ivan Anderson.

Ivan Anderson, creator, instigator, provocateur, standup, all around the guy you go to find out what is cool and funny, and not cool and not funny, and not not, has by means of  existential crisis, created this performance piece that I have no genre title to put it into, to make it an, “Oh I got it!” place for you or me to put our hats on. What I can say is that you will laugh, and the laughs will be united and you will be part of a collective understanding of what words and email have become in this moment of time that we all share, i.e. world of hellos, and how are yous, and can you meet me here, and do you have time, and what is your favorite whatever and what are you eating…

When I arrived at the small, open black box on 36th street, on stage was a table with a miniature keyboard, and playing the keyboard Jeff Manian, musician, and Ivan’s ex-college roommate. While Manian plays he eats pizza from a takeout box, behind him a screen displaying a picture of a French bulldog puppy and a Barbie doll in a toy car. So, you enter with the understanding this is going to be something fun and relaxed, and definitely an adventure.

Semantics-the tricks of words and their meanings. How words become truths or lies, simply by placement or tense. Did you know there is a tense lie? Example: Anderson’s statement via email, “I am a roommate to Jeff.” That is a lie. He WAS but no longer IS roommate to Jeff. When is a truth a solid truth? And what is a lie?
A real lie. Language and how we use it and twist it and misunderstand it is on the table being served up.

Email, it’s a free thing people get and use and sometimes misuse and abuse. Ivan explained, “Two years ago I was sitting at my office desk and had a millennial emotional crisis.” He started sending quick email’s to his friends, “What are you doing to stop child obesity?” And so was born Email Pro.

Anderson’s Email Pro is an email address devoted to sending complete strangers non-sequitur emails that are created to provoke, humor, whatever. Ivan isn’t that interested in the final outcome, as he said,  “I send an email to you and then it’s your problem.”

Emailing, like most writing, is a solitary transaction between people. Even if you are at Starbucks and answering emails on your phone, you are not announcing to the room who you are emailing and what you are saying. So, imagine a room full of strangers witness an email being created and sent, and then shortly after, in real time, a response from the unknown recipient (which by the way was very witty and funny). This collective writing and sending by a committee is a strong and strange experiment into what society has become to so many. It’s all strangers and bloggers and connecting and disconnecting again and again.

Ivan typed most of the emails out by hand but then switched to the new chrome email dictation app created by Greg Sadetsky who just happened to be in the audience the night I was there. The dictation, like most computer apps, has auto correct of what was just said, and so what Ivan said and what he meant were often polar opposites of what was written. Even better he didn’t bother to make corrections, instead, allowing for the awkward and bizarre to remain in the body of the email. Hilarious.

Jeff is Ivan’s sidekick, like Johnny’s Ed McMahon, he is there to bounce ideas off of creating onstage banter and thought-provoking statements and questions. Ivan’s easygoing presence and the true pleasure he gets from the emails and his joy in sharing with the audience is infectious. You think this is the guy I would like to sit with over a long cup of coffee and discuss life and death and consequences and outcomes.

You can also join the Email Pro mailing list at emailpro.emailpro@gmail.com   And know this whenever you decide you want to unsubscribe, Ivan said, “I don’t fuck with unsubscribe.” He will, therefore, release you from his emails. Which as we all know is unlike many other sites that simply continue to send you emails saying that any day, any moment, you’re going to win the Publishers Clearing House grand prize for days and even months after you’ve unsubscribed. Yeah, I signed up for that. We all have our moments of hopeful weakness.

And finally The Tank, a nonprofit free performance and rehearsal space supporting artists of every genre, took me back to the days of House of Candles and Nada and the original HERE where we were all doing crazy insane theater, taking chances and risks, splitting atoms of art, and all the time not carrying if flat on our faces is where we ended up.

The Tank (Meghan Finn and Rosalind Grush, Artistic Directors) will present Email Pro, a monthly show created and performed by Ivan Anderson, in the 56-seat theater at The Tank (312 West 36th Street between 8th and 9th Avenues) final performance Sunday, June 23 at 7pm. Tickets ($5) are available for advance purchase at www.thetanknyc.org. The performance will run approximately 90 minutes, with no intermission.

Tierney Sutton at the Café Carlyle 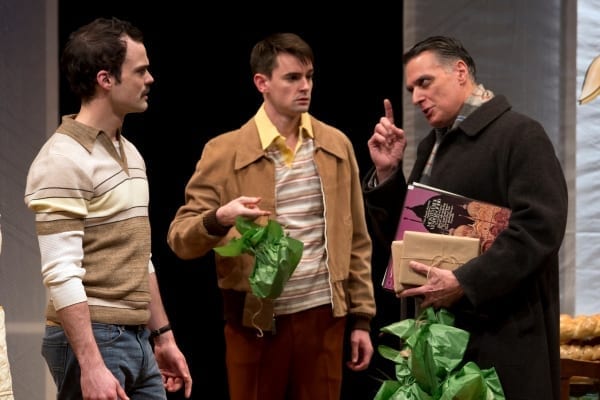