Teenage Dick deserves a better title. The Ma-Yi Theater Company’s robust production of Mike Lew’s tragi-comedy is far more ambitious than its punny title suggests, which is not to say that it doesn’t have its share of penis jokes. And while the titular character, Richard “Dick” Gloucester, is indeed a teenager, he has an old soul. A 425-year-old soul to be precise, for within his twisted frame lurks the tortured and villainous mind of Shakespeare’s Richard III. Set in a public high school rather than war-torn England, Dick and his classmates nonetheless do battle and fall to the kind of epic lows that both Shakespearean scholars and bard newbies will find irresistible. Originally developed by The Apothetae, a theater company that challenges perceived notions of the disabled, this production is accessible in every sense of the term.

King Richard’s infamous hunchback is here replaced by a backpack and Dick’s irregular gait is due to the fact that he has cerebral palsy, as does the fine actor who portrays him, Gregg Mozgala. Embracing the teachings of Machiavelli, mired in self-loathing and manically driven to erase his lowly status as junior class secretary, Dick casts his eye upon becoming senior class president. This means overthrowing the popular leader, a bullying jock named Eddie (Alex Breaux), eliminating competitors like the bible thumping Clarissa (Sasha Diamond), and betraying the loyalties of those who are closest to him including his best friend Buck (Shannon DeVido), his teacher Elizabeth (Marinda Anderson) and his fair lady, Anne Margaret (Tiffany Villarin).

“So then what, I’m the villain?” asks Dick as his plan comes to fruition and that is exactly the question which conflicts the audience from the start.  It is a tribute to Mr. Mozgala’s sympathetic performance and Mr. Lew’s ability to capture and reshape Shakespeare’s “deformed, unfinish’d” monarch that we are constantly back and forth over Dick’s morality. Is he evil because his disability has left him “hated since birth” or is he self-hating to the point of delusion? The love of a good girlfriend opens his heart, but it just as soon slams shut as he makes manifest his tragic (and tragically contemporary) belief that it is better to be feared than to be loved, with cruelty being the quickest path to that end. When he dances with Ms. Villarin’s Anne, Mr. Mozgala has a twinkle in his eye reminiscent of a young Robert Morse, but when the lights dim and he schemes to himself in a heightened vocabulary, the gaze turns icy.

Ms. DeVido’s Buck is called upon for much of the humor and she is an ace with the wisecracks. To remark that she uses a wheelchair is to grossly understate matters. Under the sharp direction of Moritz von Stuelpnagel, she has perfected the comic and dramatic timing of her variable speed transporter, charging a character to stress a point or proceeding in short funny spurts or literally going in circles. Mr. Breaux and Ms. Diamond both deal with underwritten parts. We never appreciate the nice side of Eddie that Buck says he has, nor is Clarissa’s religious fervor especially evident. Late in the play, Anne interrupts the proceeding with a stirring soliloquy that serves as a #MeToo moment for all the women who have been so easily killed off in works about powerful men. It’s the culmination of a compassionate turn from Ms. Villarin.

The centerpiece of Wilson Chin’s set design is a large display case filled with dozens of sports trophies. Each, of course, is topped with a silver or golden figure of an able-bodied athlete in action, swinging a bat or a tennis racket, throwing or kicking a ball. In this high school of horrors it reads as idolatry, a chilling reminder of just who gets worshipped without regard to who might take offense, and without worry over who might take matters into their own treacherous hands. 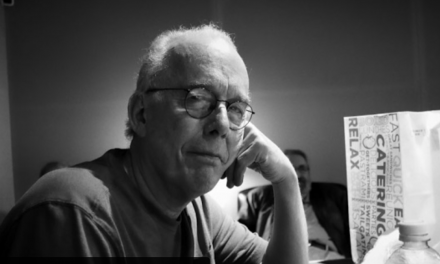 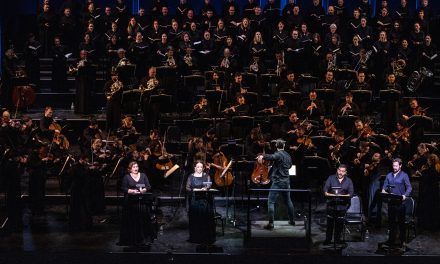