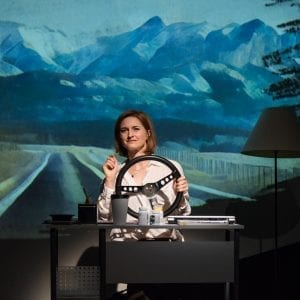 There are a lot of talented people doing excellent work on Dear Jane, a new play by Joan Beber at The Clurman Theatre at Theatre Row on 42nd Street.  If only they had a play that was less frustrating than an all-white jigsaw puzzle to work with, they could invite their friends and families with no reservations.  And I could recommend it with none.

As it is, however, I can’t do that.  Nor can I tell you what Dear Jane is about.  Which is the problem.  Oh, I can tell you that the main character is Julie (Jenny Piersol) who ages from about 8 to 83.  And it’s about her and her relationship with her twin sister Jane (Amanda Rose) who ages from about 8 to 73. Kinda.  But it’s also about her and her relationship with men, as shaped by an attacker when she was in college. Who may or may not be Tommy Thompson (Jon Kovach), who was wrongfully convicted of murder and sentenced to death.  And whom she visited in jail.  And her first husband (?), boyfriend (?), Roger (Michael Romeo Ruocco) who abused her. But it’s also about her parenting skills, or lack thereof, of her daughter Jill (Santina Umbach), and what turn out to be her grandchildren Nina (Holly Cinnamon) and Jaxon (Brandon Timmons).

If I seem confused about some of the particulars about what’s going on in Dear Jane – it’s because I am.  Mightily.  The play opens in the dark.  We hear people offstage, two women come in, dragging a work light with them, which doesn’t illuminate very much.  They see a huge crooked white screen hung at the back of the stage and remark on that as others enter.  Someone finds the light switch and the lights go on.  OK, we get it.  It’s a stage, people are entering for a rehearsal.  Actors make actor-y warm-up noises and stretch.  Julie says “let’s take it from 2007” and people take their places, someone hands Julie a steering wheel, and the “performance” lights go on.  The white backdrop lights up with a projection of the road moving behind a car, Julie moves the steering wheel as if she’s driving, and sings along to a song.  A phone rings and she answers.  Her daughter Jill says “Where are you?  “Driving,” she answers.  Jill says “Aunt Jane!” And there’s silence for a moment. And she speaks again “She’s gone!”

Abruptly Julie’s head snaps forward, there’s a crashing sound and a quick blackout and lights up as a coffin is wheeled on stage and Julie gets up and goes to it and looks inside and Jane pops up.  She says to Jane “You look terrible!”  Jane replies indignantly “I spent hours on my makeup!” Julie responds “Your lashes are peeling!… You’re unglued!!”  Jane commands “Close the lid!” and Julie does and starts talking to Jill.  Jane then climbs out of the coffin and all of a sudden Julie and Jane are little girls and telling a story about themselves when they were little.  And from there to a moment with Julie, her daughter Jill and Jill’s children Nina and Jaxon.  Where Julie is doing exercises for her RLS – restless leg syndrome.

And from here on in.  Jane is always present.  Whether she’s actually alive at that point and in the scene, or just in Julie’s mind, or dead and in Julie’s mind.  The action jumps back and forth in time, sometimes, if it’s in the play, with Julie announcing the year, or if it’s just in Julie’s mind with no announcement of time.  With the exception of Jenny Piersol as Julie and Amanda Rose as Jane, everyone else in the cast plays multiple roles depending on where we are in time.  Despite excellent work by the director Katrin Hilbe, the lighting and projections designer Gertjan Houben and the original music and sound designer Andy Evan Cohen, who were able to make it clear what segments were play being rehearsed, rehearsal breaks and what was memory, each piece was so fractured, and uninformative, that stitched together, it didn’t make a whole.  In the end, I’m not sure the playwright had something specific to convey to an audience, besides a feeling that was meaningful to herself.

Thank goodness the cast was so invested, talented, and magnetic that even though I was floundering, I still felt compelled to watch.  Jenny Piersol as Julie was especially mesmerizing.  There were so many unanswered questions about her character and storyline, that a less talented actress would have lost my interest in the whole thing almost immediately.  Santina Umbach as Jill at many ages from toddler to mother also deserves kudos.  Playing a child is difficult, but she did it beautifully, without any cringe-worthy overacting that often occurs.  And her fast transitions into and out of all ages was seamless and clear with body language and a sweater.  Brava.  Also, the use of movement, and the exciting choreography by Wendy Seyb, helped to explicate what was going on with the characters when the dialogue wasn’t getting the job done. 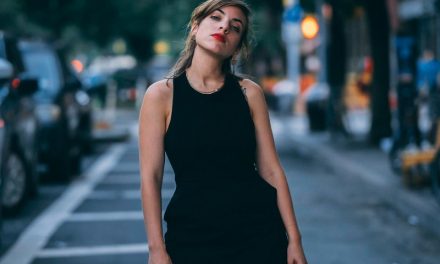 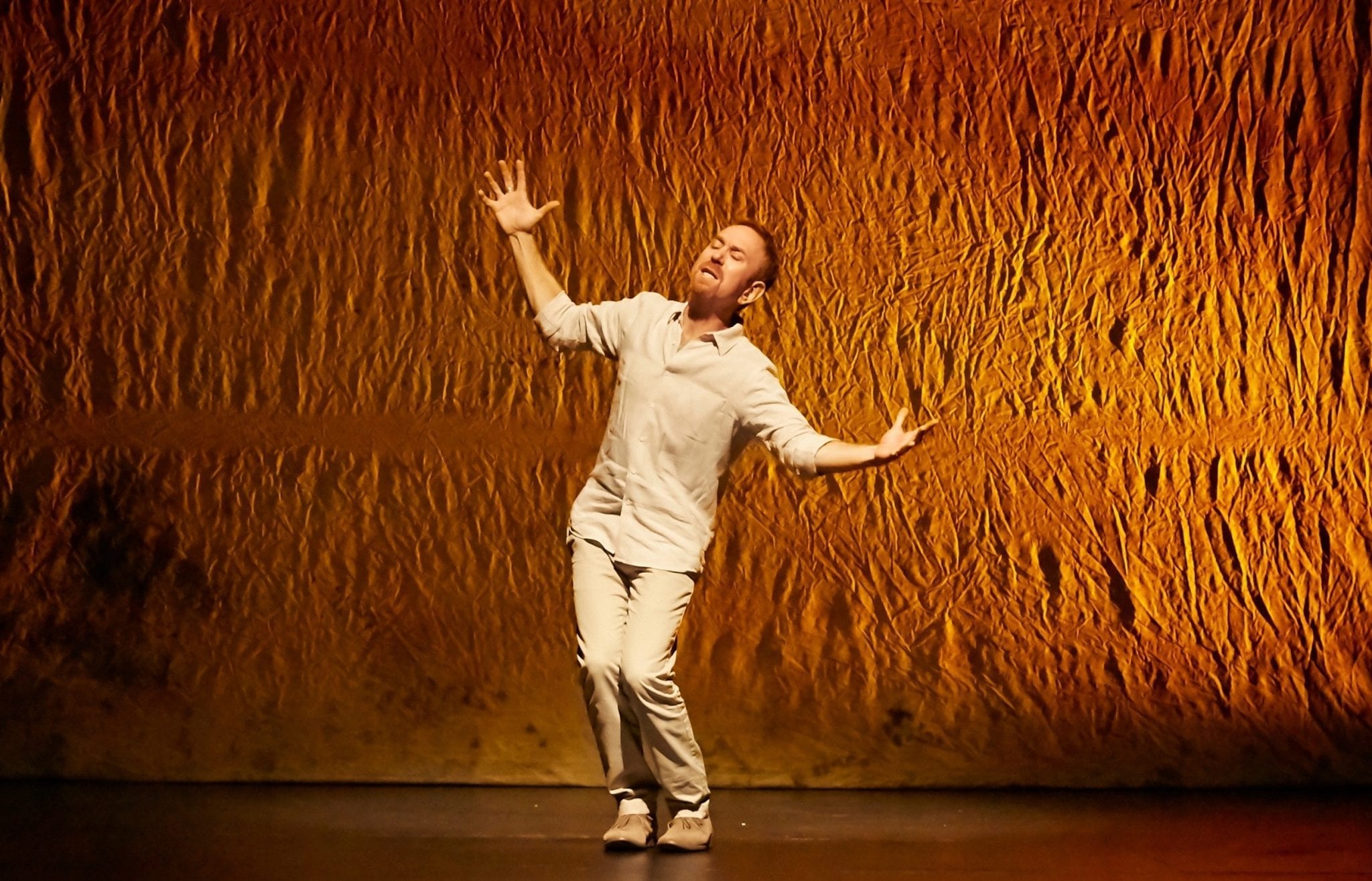