Gently Down The Stream 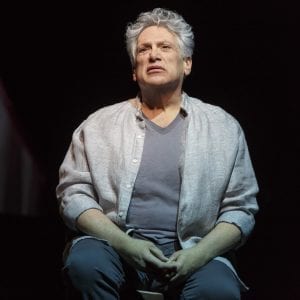 GENTLY DOWN THE STREAM; Harvey Fierstein; Photo by Joan Marcus

There is something about watching Harvey Fierstein that makes you sit up and take notice.  It is not merely his voice, which in itself will keep you awake.  It is that this man staked a claim, back in the late 1970’s, on being a voice for gay men – in public.  On stage.  And eventually on Broadway.  For those of you too young to remember, the only things that might come close would be for someone to take a public stand against the current administration’s busload of bohunks.  For those of us old enough to remember, you cannot help by flash back and forth in time as you watch Fierstein.  And this is not a bad thing at all.

Beau (Fierstein) is an American in London where he has moved to take refuge because the US of A is too cruel.  He lived though the AIDS crisis and lost a partner.  His first love he lost to what we would now refer to as a hate crime.  In a previous life he also accompanied Mabel Mercer among others, and it is precisely this element that attracts his new boy lover Rufus (Gabriel Ebert).  Gabriel is only 28 but if he could have anything in the world he would float back in time to be hob-nob with the legends.  As it is he will have to settle for Beau.

Rufus does more than settle.  Although there is 24 year difference, he falls deeply in love and so does Beau.  Their scenes are sprinkled with upsets and disagreements of carrying degrees of seriousness.  Rufus is bi-polar and refuses to take meds.  Beau sees further down the road and predicts that they will party ways once Rufus realizes the Beau’s bodily functions and on a downward journey.

In between times there are some remarkable monologues about the past that Fierstein infuses with grace, dignity, and truth.  In this writers opinion they are so strong that the play would have benefitted from starting with one of them.  Their exact raison d’être  is a bit murky, but Beau does have a video camera (is is only the shank of the new century) and loves to play with it.  It is these monologues that give the play a backbone especially when Fierstein is crisp with his delivery.  The past, told by a griot who was there, is a living, breathing entity that fills us like fresh oxygen.  Beau traveled with the brightest and best.  After the shattering death of his first partner is is James Baldwin who asks “Baby, what the fuck are you doing to yourself?”  It is Baldwin who sends Beau off to Paris, where life swooped in and scooped him up.

As a parallel we see the result of all the pain and fighting and promise and humiliation in the form of Rufus and his new love.  The three men become a loyal triumvirate that is a bit saccharine (and what in Heaven’s name was that The Man I Love solo??) as if the playwright wanted to be certain we got the lesson.  In spite of the heavy handedness there is enough of the practical aspects laid out matter of fact.  There is a believability to their situation precisely because we know the foundation on which they all stand.

This is a play that makes us remember what happened to gay people not so very long ago in our major cities.  It is also a reminder that rage agains the gay community is still happening out there in the land o’ the not so brave and the home of the free-to-be-just-like-me: white, straight and righteous.  Life has moved on and stayed still at the same time.

Gently Down The Stream – Written by Martin Sherman; Directed by Sean Mathias

March 29, 2017 − The Public Theater (Artistic Director, Oskar Eustis; Executive Director, Patrick Willingham) will officially open the world premiere of GENTLY DOWN THE STREAM. The show has been extended twice through Sunday, May 28.

Public Theater Member and Partner tickets, as well as single tickets starting at $85, can be accessed now by calling (212) 539-8605, visiting www.publictheater.org, or in person at the Taub Box Office at The Public Theater at 425 Lafayette Street.

Sugar in Our Wounds 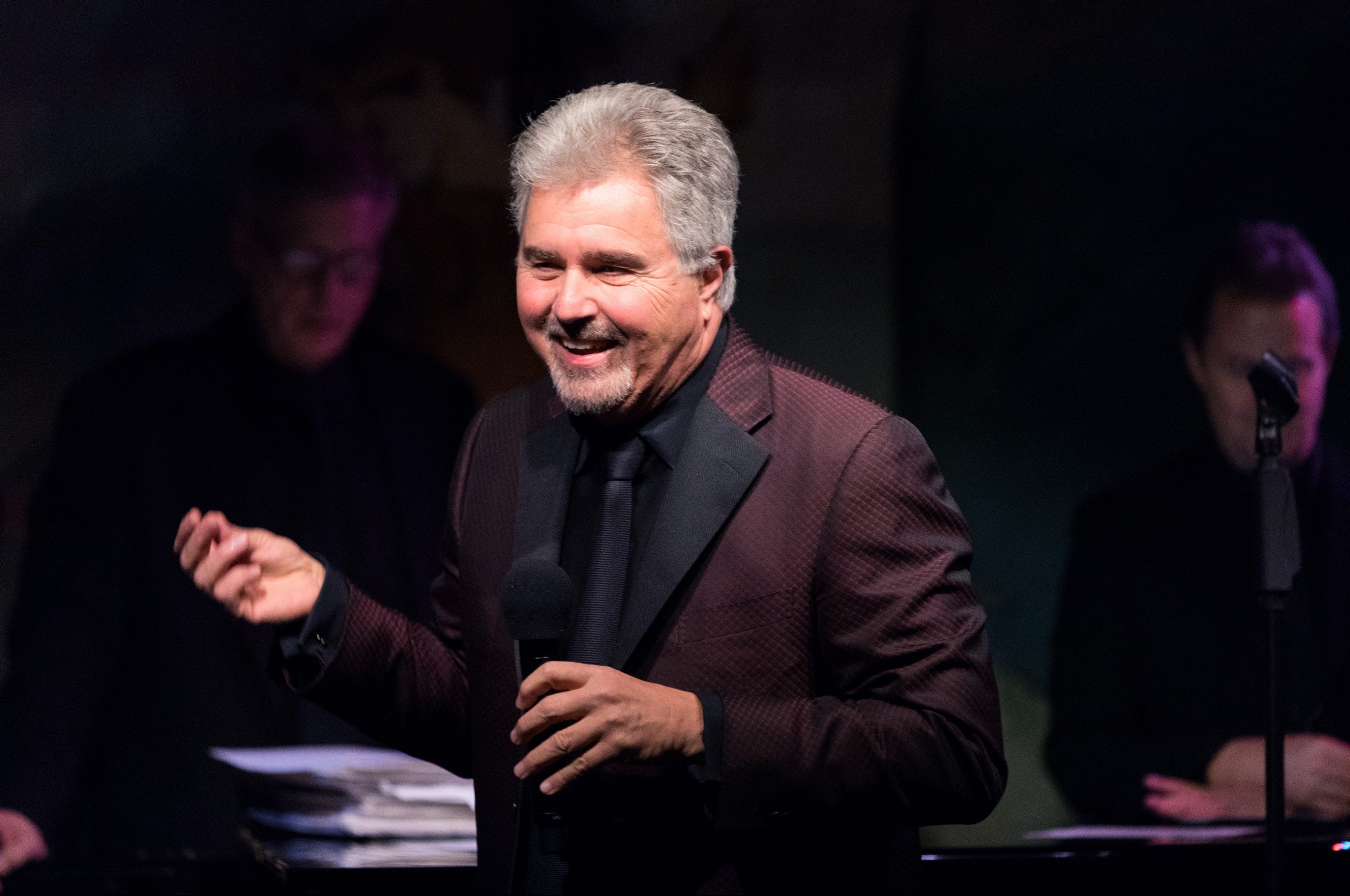 Home For The Holidays: A Café Carlyle Tradition 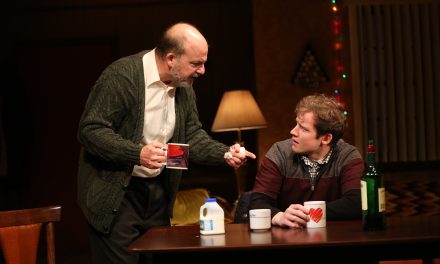