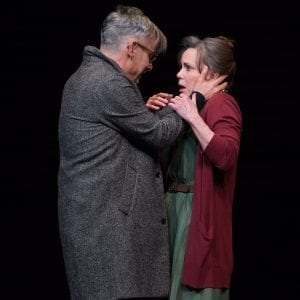 Sam Gold’s production of Tennessee Williams’ autobiographical masterpiece The Glass Menagerie opened on March 9th so, it will come as no surprise with him at the helm, that it’s been stripped down and pared back.  After all, he first staged it in Dutch at mentor Ivo Van Hove’s Toneelgroep Amsterdam in 2015.

If you have managed to escape seeing a production or studying the play in school, the quick facts are these. It’s set in a tenement apartment in a back alley in St. Louis in the 1930’s. The narrator, Tom Wingfield (Joe Mantello – the Tennessee Williams character) is an aspiring young writer living with his mother, Amanda (Sally Field) and sister Laura (Madison Ferris) while working in a shoe factory.  Amanda is an ex-Southern-belle who is nervous, stuck in the past while struggling to make ends meet in the present, and worried about the future of her children.  Laura, who had polio as a child and was left with a limp, is debilitatingly shy and dropped out of high school and business school.  Their father is just a picture on the wall – a “telephone man who fell in love with long distances” and left them long ago.  Amanda nags Tom to bring home a “gentleman caller” (Finn Wittrock) from the warehouse for Laura, and he turns out to be engaged. Furious, Amanda lashes out at Tom, who runs away to join the merchant marines.

Mr. Gold is interested in only one thing, really.  People.  He has said “You don’t need anything on stage except a human, in all their complexity and messiness and soulfulness.” His aim is always the unsullied connection between the audience and the play with no distractions.  To this end, he has, in effect, modernized it.  A bare stage with a folding table and four chairs.  A Victrola, and a couple of records.  A neon sign.  A rack on the side of the stage holding a few props.  The costumes are ambiguous. Certainly not period.  Tom is in jeans and a t-shirt.  Laura in sneakers, leggings, short-short jeans and a striped sweater.  Amanda in a simple knee-length shirtwaist dress and cardigan. And if you’ve seen the posters for the production, you will notice that the photo of Ms. Field is contemporary, as is the one on the front of the playbill.  He wants no distance in our understanding of the lives of these characters.

Mr. Gold starts the production with the house lights still up and Amanda and Tom wheeling Laura in from the audience.  They lift her out of her wheelchair, and place her on the steps leading up to the stage. We watch her slowly and painfully lift herself up backwards one step at a time, with her family lifting her legs to each new step once she’s hefted her torso.  She’s too big for them to carry up the stairs.  Once she has achieved the top step, Amanda laboriously drags the wheelchair up the steps, one at a time.  Laura heaves herself to what is an upright position; hands and feet on the floor, butt in the air creating a triangle.  She can then walk to the chair with her hands and feet and lower her rear onto the seat, and with help, get her torso upright in the chair.

Ms. Ferris, the actress, has muscular dystrophy and uses a wheelchair for mobility. She’s quite lovely with thick, long blond hair and a strong face.  If she weren’t required to walk, you wouldn’t necessarily know she had any physical restrictions.  But Mr. Gold has cast her precisely because he wants the audience to understand, viscerally, forcefully, the struggle that each step is not only for her, but for her family as well.  While I applaud Mr. Gold for seeking out a disabled actress to fill the role, I question Ms. Ferris’ casting. Tennessee Williams describes Laura in the published version of the script thusly; “A childhood illness has left her crippled, one leg slightly shorter than the other, and held in a brace.  This defect need not be more than suggested on the stage. Stemming from this, Laura’s separation increases till she is like her own glass collection, too exquisitely fragile to move from the shelf.” Gold has chosen, instead, to highlight her physical disability.  Not a controversial move in and of itself in this day and age. But is it right for the play? I think in his effort to understand the humans in front of him, Mr. Gold has taken them out of context and lost them, and the audience in the process.

Tom says in the opening monologue “The play is memory….it is not realistic,” but he also sets the scene quite specifically. He tells us that he is turning back the clock to the 1930’s, the country is suffering from the Depression, there is revolution in Spain and labor disturbances at home. “This is the social background of the play.” Historically, people with both physical and mental disabilities were considered pariahs and segregated from society in institutions, or their disabilities hidden by other means.  They were treated as second class citizens, objects of ridicule and disgrace.

By trying to make a modern audience relate more closely to Amanda and her struggles, and modernize our understanding of her world, I think Mr. Gold has perverted Williams’ character into a crazy woman.  The audience cannot help but understand that the play is set in the 1930’s.  The language and the references are too thick to ignore.  Williams, by directing that Laura’s physical disabilities are minimal, allows Amanda to be misguided and neurotic.  But turning Laura into a woman with such physical limitations turns Amanda into a lunatic, completely divorced from reality.

Which is not how Ms. Field is playing the role.  She’s a tiger, a fighter.  She knows all too well what happens to poor, unfortunate spinsters who have to pass from relative to relative. And she’s willing to do whatever it takes to make sure she protects her daughter, and perhaps herself, from that fate.  But there is absolutely no indication that she sees Laura’s physicality as a bar to a normal life.  And that simply does not make sense if Laura is so obviously physically challenged, and the play is set in the 1930’s.

Mr. Mantello and Mr. Wittrock both give excellent performances.  I think in fact that Mr. Mantello’s Tom is the best I’ve ever seen. He does not play the morose, guilt-ridden Tom of the end of the play at the beginning and is able to give the character an arc not usually delivered.  Ms. Field does a masterful job of trying to reconcile the irreconcilable, but in the end, we’re confused by the character and the play through no fault of hers. 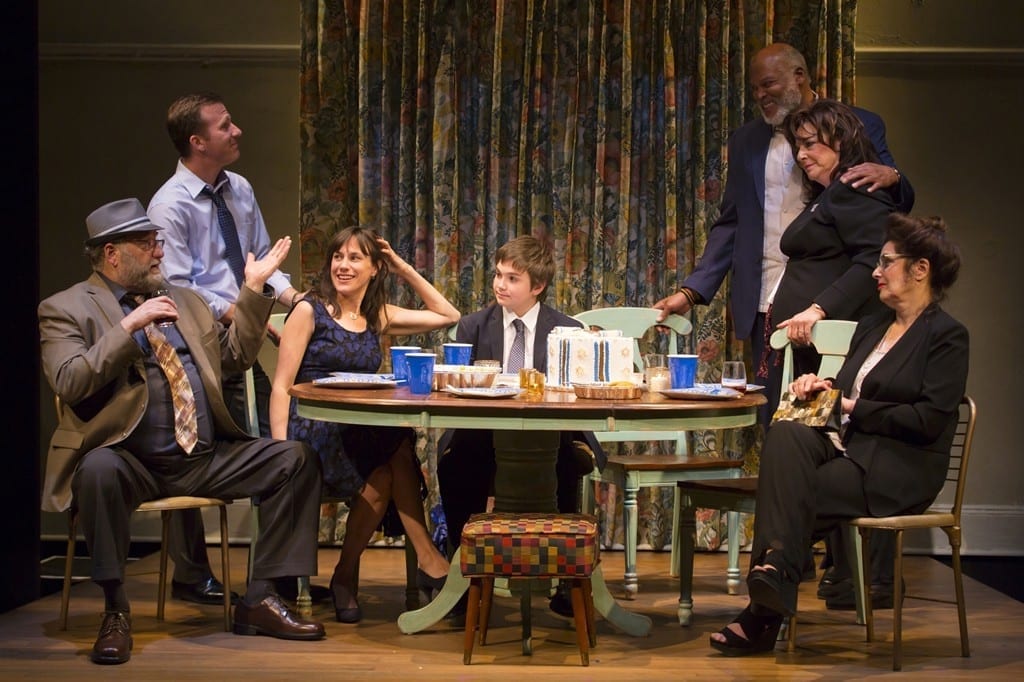 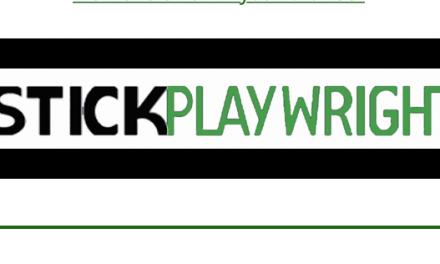 This Week At Rattlestick