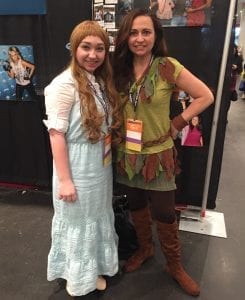 Flocks of theater kids heading west, dressed as Matilda or The Little Mermaid or a Newsie can mean only one thing: BroadwayCon 2017 has arrived. After launching the convention last year, during a blizzard, in the comparatively intimate Hilton Midtown, this year the organizers have gone full throttle, relocating to the Javits Center and offering more than 200 hours of programming with nearly 500 “special guests” spread across three days. Amid the cosplay and vendor booths (where one can play Pin the Ponytail on Hamilton) there are panel discussions on everything from stage fighting to building Tony-winning brands, lectures on Bollywood and on “Women in the World of Sondheim,” tap and hip-hop workshops, as well as autograph sessions with the likes of Kelli O’Hara, Michael Cerveris and Melissa Errico. Ms. O’Hara, along with Danny Burstein, Judy Kuhn and Celia Keenan-Bolger discuss taking on iconic leading roles, and Chita Rivera plans to drop by for a 50 minute Q&A. So, with a baggie full of almonds, a bottle of water, and the all-essential BroadwayCon app loaded onto my phone, I entered the fray on Friday. Here is what I found:

My morning was spent with on-stage talent, while the afternoon belonged to folks behind the scenes. At 10:00 the “Legacy Roles” panel convened with four stars who have appeared in a combined 41 Broadway shows and who have earned 19 Tony nominations. Despite their megawattage, they proved to be a sincere and down to earth gang as they reflected on their past performances and life priorities. To prepare for Tevye in the recently closed Fiddler on the Roof, Danny Burstein  did a ton of research from which he “learned as much as he could then threw it all away,” in order to arrive at his own unique interpretation of the role. Kelli O’Hara, though, usually takes the opposite approach, saying that “she tries not to watch anything at all — in fact I kind of fear it” lest she end up mimicking someone else’s performance. 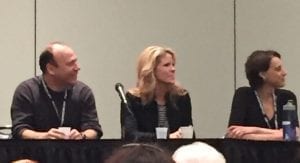 In discussing the dark characters she has played in Passion and Fun Home, Judy Kuhn says she maintains a happy life by “leaving [the darkness] at the theater,” though she admits it does sometimes result in having “crazy dreams.” All the panelists are parents and the difficulty of raising kids, along with the drag of getting older, was clearly on their minds “It’s impossible to balance family life” said Mr. Burstein, and when he added that Tevye had made him a better father, the audience let out a collective, “Awww.”  Celia Keenan-Bolger reflected on her role as Laura in The Glass Menagerie. While finding it painful to play out the dysfunction of that particular mother-daughter relationship, it was also both beautiful and theraputic to go through the process and recite that classic Tennessee Williams dialog.

If the morning panel was a homey ensemble piece, the 11:00 (a.m.)  number, “The Art of Perseverance,” was a pure diva turn with a bravura performance by Melissa Errico. In proper hair and makeup, with a piano accompanest by her side, Ms. Errico offered up a one woman show that was half cabaret and half motivational lecture. She sang bits of several songs including “How are Things in Glocca Morra,” and James Taylor’s “Secret O’ Life,” provided a reading list of helpful books for mind and body, and conjured up entertaining tidbits about her family life and career. Though having starred in Dracula and Amour, and being married to tennis great Patrick McEnroe for nearly two decades, her early years were not quite as stellar. There was an awkward start, attempting to be a child gymnast, and then her first stage appearance in her Girl Scout years – playing a cockroach. Still, her wannabe stage mother was able to provide perspective, telling her to “move fast and don’t let anyone step on you.” It was a life lesson she has clearly taken to heart.

By 1:00 you couldn’t swing a cast member of Cats without hitting a conference goer. A panel featuring five top Broadway producers was packed with curiosity seekers and future entrepreneurs. They spoke on how best not to throw money around (e.g a $350,000 elevator in Thoroughly Modern Millie) and how to keep in mind that, more often than not, the play is still the thing (“There are no chandeliers in Hamilton!”) Ever wonder why there are so many revivals on Broadway? Well, look at it through a producer’s eyes and the answer is clear: A previously produced play is a known entity and, in many ways, finished work from the start. That can save a producer millions of dollars and months, or years, of workshopping.

A discussion of shows that started out as books or films made for  a fine finish to the afternoon. “From Page to Stage” introduced us to five producers and writers, all well versed in the business.  Stealing the show, for the most part, was Doug Wright, the Tony winning playwright of I Am My Own Wife. His upcoming production is War Paint with Patti Lupone and Christine Ebersole. Marveling at his luck, he equated it to being asked to write a play for both Ethel Merman and Mary Martin. Mr. Wright also wrote the book for The Little Mermaid and Grey Gardens. From the experience, he concluded that writing for an audience of young girls required pretty much the same skillset as writing for an audience of older gay men.

With that pearl of wisdom filed away, it was clearly time to call it a night. 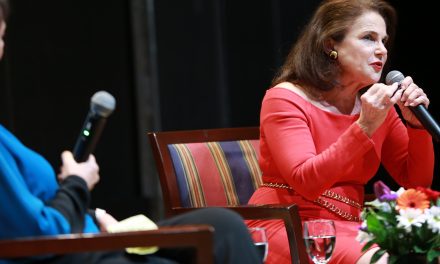 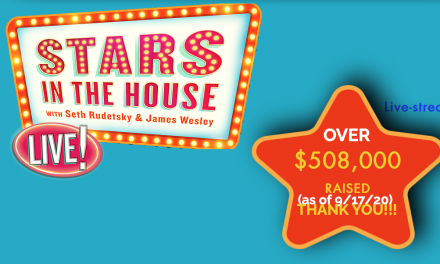 Helane Blumfield, at Don’t Tell Mama in “Call Me H!”