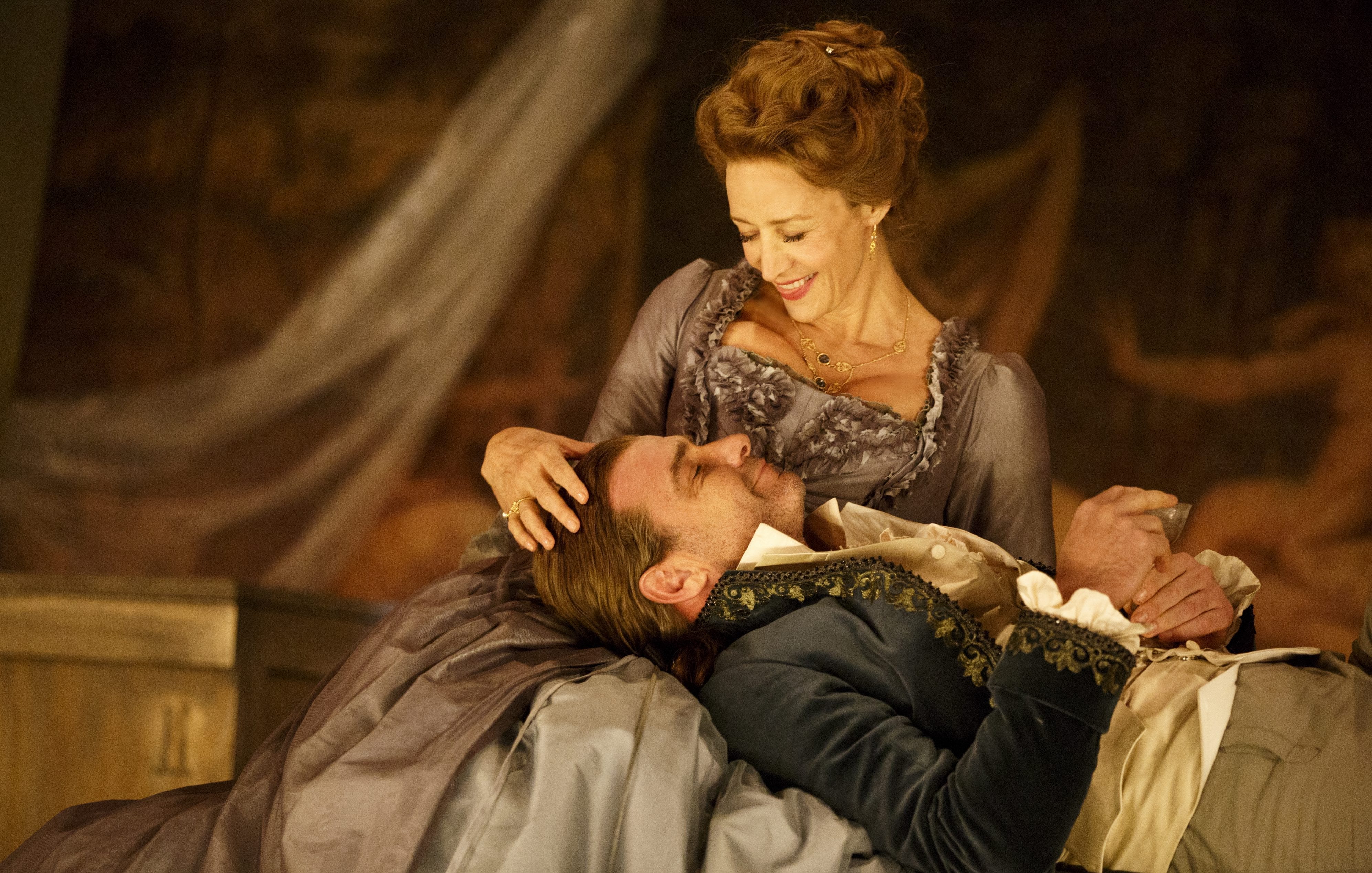 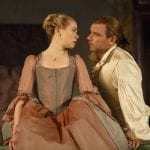 Tepid.  That about sums it up.  Oh, and untimely. Tepid because most of these performances are without luster.  Untimely  because Les Liaisons Dangereuses is the story of aristocrats in 18th century France who have so much time on their hands that all they can think of is sex, money, and if if had been invented, rock ‘n’ roll. Haven’t we all had enough of that splashed across every media outlet on the planet?

La Marquise de Merteuil (the splendid Janet McTeer) and Le Vicomte de Valmont (Live Schreiber) are former lovers who still share a mutual torch for one another.  But on this occasion the Marquise has other plans.  It seems that both of their former lovers (it is kind of a mix and match mashup here) recently ran off with one another.  That adventure has run its course and the Marquise’s old beau has his eyes on a young thing of 15 who has just been released from the convent and is endowed with blonde hair and an enormous allowance.  Cécile Volanges (Elena Kampouris) is ready to be plucked.  The Marquise proposes to Valmont that he get there first and deflower the girl.  This would make her former beau the laughing stock of the immediate universe.  It’s all bout reputation ain’t it?  And the guy comes first.

Valmont however, has other plans.  For his late summer sport he is choosing another target.  Madame de Tourvel (Birgitte Hjort Sørensen) is a young woman of superb reputation.  She is staying with Valmont’s aunt whil her husband is away on business.  This is Valmont’s intended object.  To seduce a woman for strict morals, religious ferver and the happiness of her marriage: What could possibly be more prestigious?  Sounds like something someone would say on a press bus.

Merteuil and Valmont, it seems, are joined in a mission to being down as many people as possible – just for the hell of it.  Betrayal and cruelty are their weapons of choice, and love is only a means of achieving their stated goals.  The Marquise tells Valmont, Love is something you use, not something you fall into… It is like medicine, you use it as a lubricant to nature.

Suffice to say that as the evening rolls out we see Valmont seduce and pretty much destroy both his targets – he does however, fall in love with Tourvel, and this so infuriates the Marquise  that she turns on him.  She tells Cécile’s beau Le Chevalier Danceny (Raffi Barsoumian) of Valmonts’s transgression.   A duel is called for and Valmont dies.

While McTeer is magnificent as always, she cannot alone hold up the tent.  Mr. Scheiber mumbles and seems preoccupied – can seducing  these women be as critical as the text says it is?  He seems more like a cat with a mouse than a man on a serious mission.  Sørensen is lovely and quite believable as Tourvel, but ginning up concern takes a lot of effort.  The entire plot is telegraphed from the beginning.  And as for the rest – well honestly they don’t seem to matter too much.  They are executing the story, and that is all.

The set by Tom Scutt does not live up to his beautiful costumes.  It is a haunted studio of a place with empty frames and chipping paint to indicate that the world is falling apart.  But there is a certain extravagance of the misfortunate elite that is called for.  The one chaise that sits in the center of the stage plays too many parts, and the people on it seem comfortable in the extreme.

And finally, in a season dominated by publicized indiscretions by men all over the country – how does this play justify being told? Perhaps if  it were a better production it would rise above the text into a loftier position.  As it is, this one only serves to remind us that women’s position is best prone and that their fates are in general fodder for locker-room banter.

Les Liaisons Dangereuses Written by Christopher Hampton Based on the novel by Choderlos de Laclos; Directed by Josie Rourke 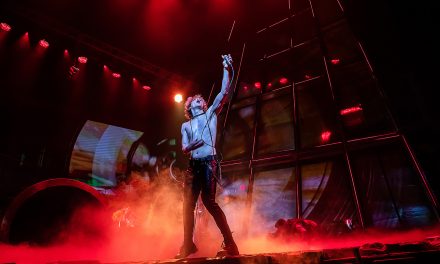 Bat Out of Hell – The Musical