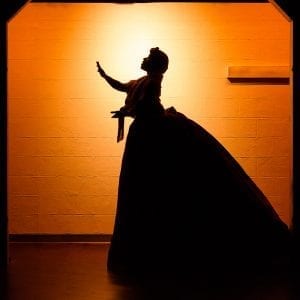 My hat is off to Scott Sheppard and Jennifer Kidwell, the creators and performers of “Underground Railroad Game” which opens on September 26th at Ars Nova.  They have used the theater to do exactly what it is best suited to do. Take a thorny topic and explore, question, reflect, and reveal the human condition with intelligence, compassion, humor, bravery, no bias and no easy answers.  Based on Scott Sheppard’s real life 5th grade experience learning about the Civil War and the Underground Railroad in the form of a game, this R-Rated play tackles the very topical subjects of race, power and sex.

The play is set in Hanover Middle School – just north of the Mason Dixon line in Pennsylvania – where Teacher Caroline (Jennifer Kidwell) and Teacher Stuart (Scott Sheppard) divide the 5th grade into Union soldiers and Confederate soldiers.  The Union soldiers have to try to get slave dolls out of the “safe house” boxes in each 5th grade class into every 5th grade class safe house box. They earn points for their army for each new safe house box the slave dolls enter. If they make it into all of the boxes, they get to Canada and freedom. The Confederate soldiers earn points for each confiscated slave doll they catch between safe houses, who then goes to the main hall display case “prison”.  Let the games begin.

As Teacher Stuart says: “Remember guys, at Hanover Middle School, we don’t just learn about history from reading old books.  We learn about history by living history.”  Apparently this tactic is thought to be good for audiences as well since we are turned into the students in the assembly hall and the fourth wall is broken down for most of the play.  We are exhorted to clap and sing, and look under our seats where we find grey and blue toy soldiers which tell us which army we belong to for the semester.  The Union Army General is Teacher Caroline who is black, and the Confederate Army General is Teacher Stuart who is white.  It is clear from the way that they talk to us that they have little faith in their students being able to detect subtlety.  And when they act out the parts of runaway slave and Quaker underground railroad conductor, the dialog is pedantic and just a touch hammy.  We laugh instead of hold our breaths in fear.  And feel the tension drain as the “angel” abolitionist white man showers the poor black woman with food and clothing and shelter and the promise of a better tomorrow.

There’s much more going on here however, than an exposé of how we’re teaching black history.  That’s right kids, just like mom and dad, your teachers have a life out of school and this is where it gets interesting.  Who are Caroline and Stuart when they take off their teacher hats both literally and figuratively?  The action of the play and players moves between centuries and roles. We move from the Civil War when the country abolished slavery, to the present where our race issues are supposed to be “solved”.  Teachers by day who must not acknowledge each other as a man and a woman, playing historical characters for their students, and a young white man and a young black woman at night trying to connect, Caroline and Stuart are nervous, scared and unsure how to act with each other.  What do they feel about each other and why?  There’s clearly a physical attraction which they are both interested in exploring, but it gets hard to figure out whether that comes from generations of cultural taboos or simple chemistry.  Is this a bid for power? A need for punishment? Dominance? Reparations? Or just romance? And when the games at school get out of control with a student scrawling racial epithets across a safe house sign, the strain turns the budding romance between the teachers into violent “sex detention.”

There is an incredible level of trust between the two performers and creators of this piece, Jennifer Kidwell and Scott Sheppard.  They are both highly talented actors who have put themselves on the line to bring the play to the stage.  Kidwell and Sheppard developed “Underground Railroad Game” over the course of a couple of years with Philadelphia based theater company Lightning Rod Special.  No doubt, it has taken a lot of highly charged work on behalf of Kidwell and Sheppard to get “Railroad” to this point both emotionally and physically.  There are no neat answers, just raw, honest questions, that leave us clutching our blue and grey soldiers and hoping we won’t be called on or graded on this one.  Don’t expect cliff notes on the how’s and why’s.  Just an understanding that until we start bringing honesty without judgement to the table, we won’t be able to start fixing the very deep rooted problems we are ALL grappling with today. 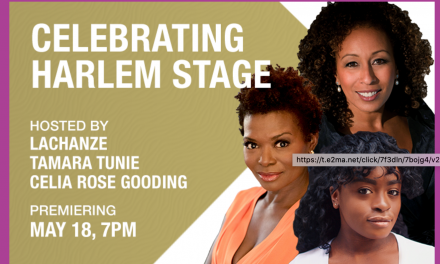