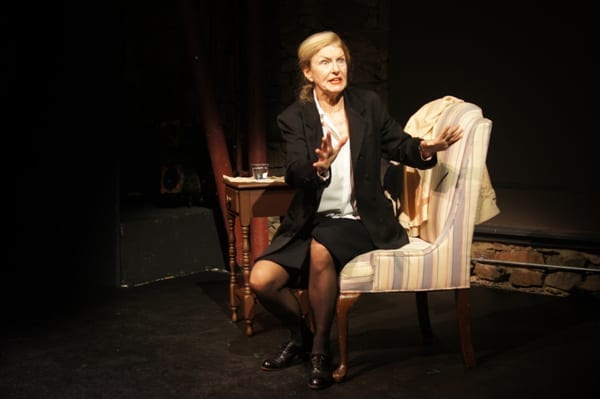 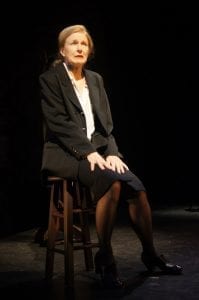 In  Remembrance Day premiering at 13th Street Rep June Ballinger Tells Us About A Woman Who Helped Win World War II … Her Mother.

I must first confess – I love  13th Street Rep Theatre in the West Village. It is a quaint, intimate space and was the first stage in New York I ever acted on. It has always held a place in my heart so to know that it is once again a home for new works makes me smile.

And Remembrance Day is a perfect fit for the space. The one person show starring the marvelous June Ballinger is about war and heroism and love and secrets.

June’s real life mother, Nancy Annan was a Bletchley Park code breaker back in World War II. Bletchley Park was a Victorian mansion used in WWII as a base for the code breaking operations in the UK. The code breakers were recently made famous by the movie Imitation Game starring Benedict Cumberbatch as Alan Turing the genius behind the code breaking.(BTW Nancy knew Turing while at Bletchley.) Nancy Annan was one of many there at Bletchley Park who never spoke of the work they were doing, not to their parents or spouses or children. Secrecy was so important to the success of the mission that everyone involved had to sign the “Official Secrets Act.” Churchill called them his “geese that never cackled,” and they were proud of that, so proud that most took the secrets of Bletchley to their death. It is fascinating work especially when you find out that the decoding machine that Nancy worked on, Colossus, was the world’s first electronic computer and could decode personal messages being sent to Hitler.

And yet Nancy never spoke of it. She told very little about her time at Bletchley. She remained forever faithful to her oath of silence even after she heard years later that her work and everyone’s work at Bletchley helped to shorten the war by two years.

In Remembrance Day, Nancy speaks of memory and that “it is what keeps love alive.” But memories fade and so June used not only her mother’s verbal stories about herself, but also her mother’s letters to help piece her back together – to find out who she was. Don’t we all wish we could go back and meet our parents when they were 19, 20, 21 and get to know them then, when they were careless and reckless and not a parent but just a person.

June has done just that with Remembrance Day, and to say that everyone in the audience falls in love with her mother is an understatement. June creates before us not only her mother, but also her mother’s suitors –  handsome young Americans she falls in love with and who, ultimately, are lost to the war. In her remembering of them, June brings back the truth for so many young women on both sides of the pond, and both sides of the fighting lines, who lost their young men to war. All hopes and possibilities killed by gunfire and air raids. Nancy says, “We too easily forget the price of peace we enjoy.” It’s true. We do. But those of the greatest generation, of that war, never do, never did and thanks to June and her research and work we are reminded of the price. “We all die a little with each other.”

Remembrance Day is a love letter to those men and women who loved and fought and worked during a war that continues to baffle and marvel and unearth small acts of kindness and heriosm. Nancy remained silent to the end of her days. Thank goodness her daughter found the voices in that silence and is sharing them with us.
REMEMBRANCE DAY written and performed by June Ballinger, Directed by Janice L. Goldberg. 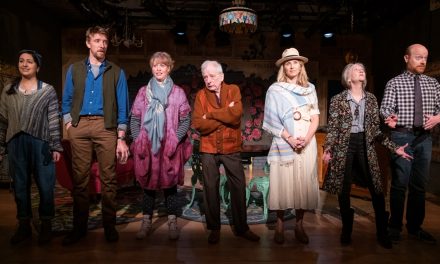 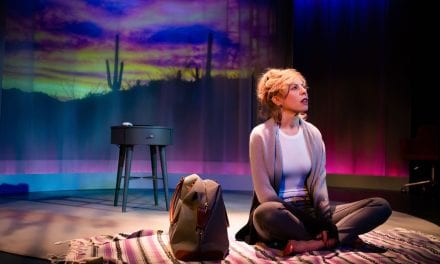