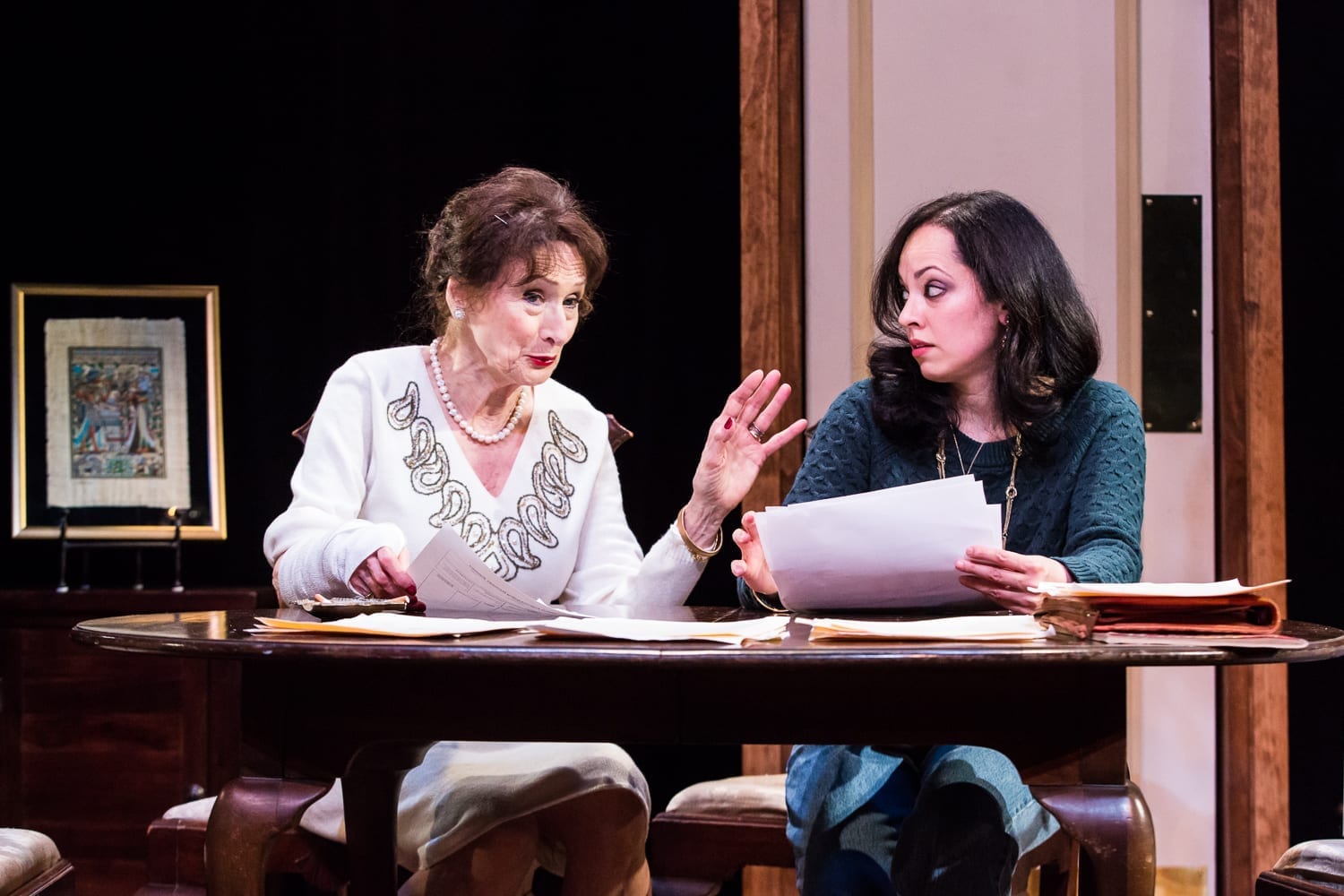 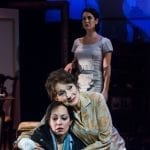 A memoir of a Muslim woman in 1960s Egypt may sound like an unlikely starting point for a play about a tumultuous love affair that changes the trajectory of a family’s fate, but that’s exactly what “This Time” by Rising Circle Theater Collective is. Performed with skill and dedication by an ensemble of five, the harrowing play is based on the story of Amal Meguid, an Egyptian woman in a controversial love affair with a Canadian ten years her junior. Anyone who has familial strife or who has played with the fire of forbidden love can find moments of recognition in the plot. But beyond the engaging plot, the play deals with societal expectations of women and mothers, and the nagging dichotomy of stability and adventure, safety versus risk.

Younger Amal (Rendah Heywood) is a Muslim woman dutifully married with three children in 1960s Cairo. Political strife is changing Cairo, and Egypt by extension, from a cosmopolitan melting pot to a place of rigid ideals and religious devotion. Amal meets Nick (Seth Moore), a Canadian professor at a party. They begin a love affair that is dangerous, not only because it is forbidden, but also because Nick is demanding and possessive. Amal makes a move that is unheard of at the time—she divorces her husband and leaves her children to be with Nick. They travel to America and begin a new life. This abandonment understandably takes a toll on her three children, most notably her daughter Janine (Salma Shaw). Now that Amal is older and facing the end of her life (played by Delphi Harrington), she is haunted by visions of her life with Nick and has to reckon with the ramifications of her choice.

A mysterious accident forces the aging Amal into her daughter’s care. Now that mother and daughter are under one roof, the mistakes of the past come to surface. Amal is a demanding, judgmental mother. Her attitude isn’t helped by the fact that her daughter, Janine, hasn’t forgiven her abandonment. Amal floats through a world of glowing memories about her marriage with Nick, which are juxtaposed by the reality of an abusive, manipulative marriage which we see beautiful enacted by Seth Moore and Rendah Heywood in moving flashbacks.

Amal wants her daughter, Janine, to take a risk and see the world, as she did. Janine, however, has largely chosen stability and routine. Delphi Harrignton, as Amal, dominates the stage with a commanding presence that makes the audience want to believe her delusions of grandeur. She is clearly pained by her memories, yet holds on to the joy they represent.

What does the memory select as worthy of recognition? Is one daring act worth nostalgia if it resulted in years of pain and disappointment? Amal Meguid seems to think so. She relishes in the glory of her love affair and glosses over her selfishness as incidental to her personal pursuit of happiness. She says defiantly to her daughter, “Freedom is addictive.” It is noteworthy that historically men have left wives and children for extended periods in personal pursuits to general societal acceptance. Amal herself is abandoned and abused, but nothing taints her nostalgia and love for Nick, which drives her children insane. One scene with her son, Hatem (convincingly played by Ahmad Masoud), speaks clearly of the one-sided weight of responsibility that a male dominated society places on women.

Performed in flashbacks between the present day and various points in Amal and Nick’s relationship, the play’s sweep is staggering. The thematic material is rich. Themes of memory, motherhood, religion, material possessions, travel, and language are woven throughout. Sometimes I feared that philosophical questions would crowd the plot or worse, slow down the actors. Story lines are abundant and we are constantly moving between various points in time. The rich emotional life and story line of each character is enough work for an actor without having to somehow reckon with abstract themes. But through it all, the actors deftly managed.

Scenes are simply staged so that the plot is easy to follow. The set is a functional home interior that serves as the various places of Amal’s and Nick’s life in the past, as well as Janine’s home in the present. The costumes elegantly tell the story of a time past. They were clearly researched and I enjoyed the touch of a gold house-slipper worn by Amal that reminded me of the shoes I saw Egyptian women wear when I visited almost two years ago.

There is no doubt Rising Circle Theater Collective is a company to watch. “This Time,” is an impressive feat. Cheers to the company for an engaging piece of theater that tells a story about memory and what we choose to hold onto.

This Time by Sevan K. Greene. Directed by Kareem Fahmy 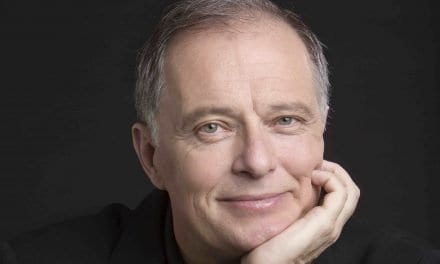