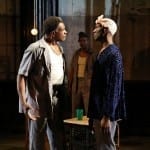 ToasT, at The Public Theater, is not an easy play to watch.  It is not supposed to be.  Witnessing men in prison is not a lark.  And we do a lot of witnessing as audience folks.

It is 1971, Attica Prison in upstate New York.  Months before the riots.  Hard Rock (F. Hill Harper) is agitating.  He has dreams for his situation.  He speaks to us as fellow inmates

Hard believes in the change that he sees.  People on the inside made mistakes.  They are not less than dogs.  The have rights, and attention must be paid.

The men in his cell block give him room.  Everyone gives everyone room.  But they are not lining up to drink his Kool-Aid.  Especially not Dolomite (Keith David) who is the Mayor of Block-D.  Nothing happens without his say-so.  And in return he gets privileges.  Special food.  A shower once a week.  But it is little enough to pay for a kind of peace.  In addition he accepts the services of Annabelle Jones (Phillip James Brannon) and protects him/her from anyone and everything.  Stackloee (John Earl Jelks) is raw and eager to fight whoever might be interested.  Hobo Ben (Jonathan Peck) is an old hand at keeping his head down and unscathed.  Jesse James (Armando Riesco) is the newest pup and nearly sweaty with trying to blend his Puerto Rican heritage in with the other prisoners who are all black.

The opposite team are the two guards, Sheriff Jody (Dan Butler) who prides himself on being a prick, and G.I. Joe (Teddy Canez) who knows that the prisoners are a hair’s breadth away from his own life.

The first Act rumbles along brilliantly.  We get to suss out who is who and see the pecking order Dolomite finds himself stuck between two worlds of inside and out and must face the fear of the Devil You Know vs. the Devil You Don’t.  Hard Rock is poised to take over the leadership of the Block unless he blows it by making too many demands and pissing off the powers that be.

The Second Act, however, wanders out of the barn and nearly out of sight.  Instead of focusing tightly on these two stories the play slows down to a snail’s pace and stalls out.  Dolomite’s future is hashed and re-hashed with Annabelle (a stunning performance by Mr. Brannon) and all the others.  There is even a long ToasT (A precursor to hip-hop) that finally makes the grade.  The Sheriff puts Joe on a long drawn out notice that discipline needs to be maintained – they are not on the clock to save the people inside but to save the people outside from the likes of the prisoners.  The inevitable bust comes down and the events roll out to the Attica Riots.  By the time the big event occurs we are lost in a muddle of comings and goings, aimless pacing, entrances and exits, and the intended impact suffers greatly.

Elise Thoron‘s direction is fluid, and the design elements are beautifully balanced to let you know where you are at all times.  This ensemble is outstanding for the most part with Brannon and Jelks putting in performances that reach inside you and thump on your heart, thanks in part to their two beautifully crafted soloquies.  Oddly the weakest link is Mr. David, who appears stiff and unengaged.

Mr. Lemon’s intentions are clear, and he is brave to take on a subject matter that most of us ignore – because we can.  But the lack of a clear direction in the second act undercuts the momentum he built in the first.  The second act could use a ruthless cut.   In spite of this, many audience members shouted “Thank you!!” at the play’s conclusion.  So the overwriting did not prevent the message from being delivered. 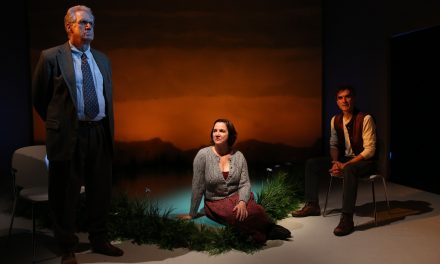 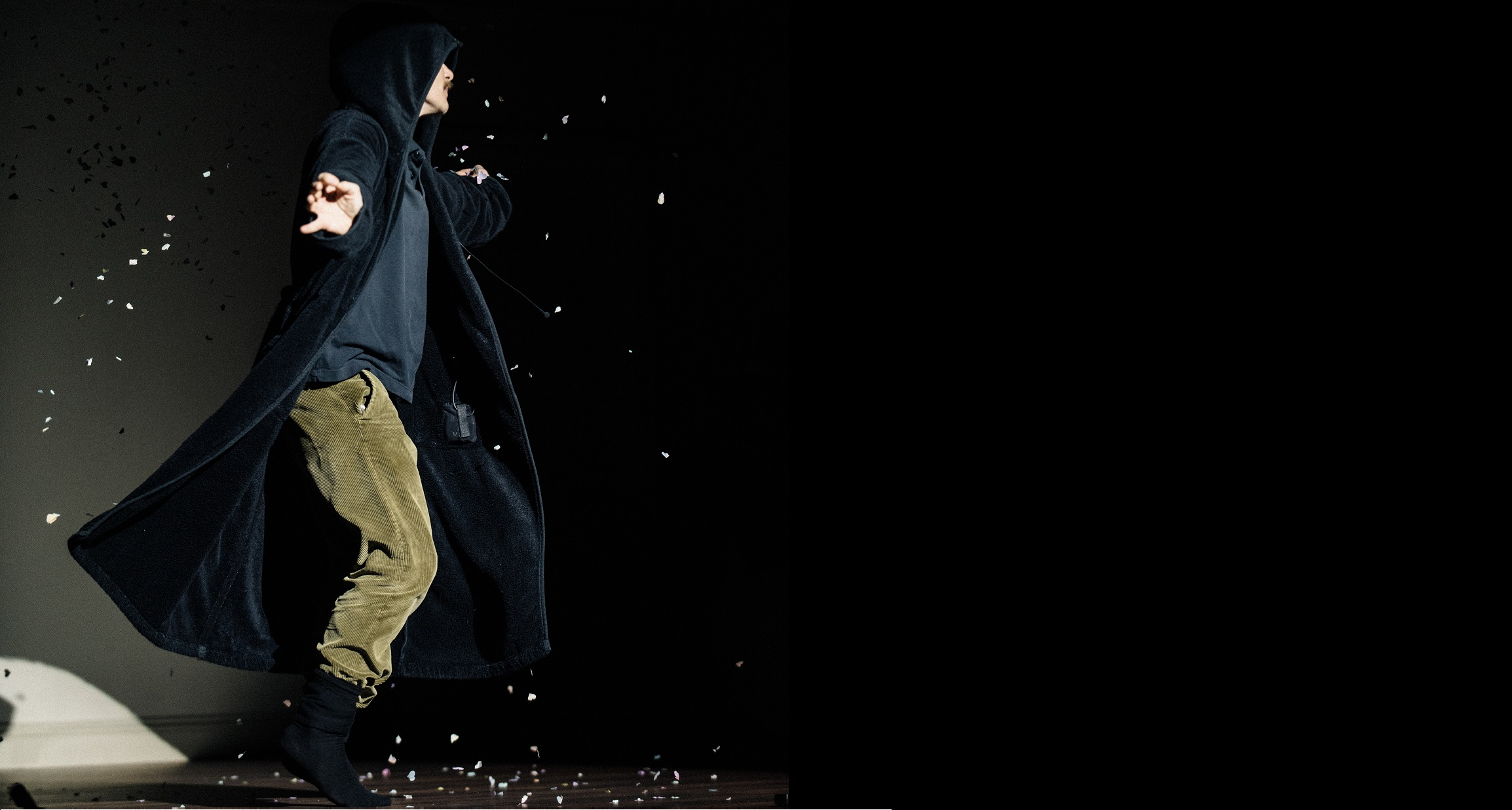