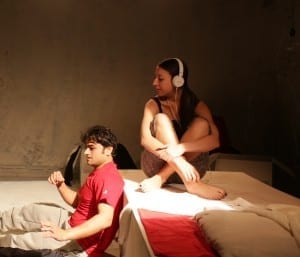 The audience sits and waits and ponders the set.  The walls and floor are painted white and the smudgy edges of both are handprints evoking playground patterns.  (It might have been hopscotch grids, but hands, the laying on of hands, become crucial to the story.)

Striking wire forms—not quite mannequins—artfully draped with clothing, set you wondering: Will they wear the clothes?  dance with the forms? rearrange both?  It reminds you why Off-Off Broadway can be wonderful; creative people make something new out of wire hangers and white paint.  All in all, the waiting experience is intriguing.

The story is a series of episodes—some real time, some flashbacks. Two young people, best friends, young pups together; then teens; then grownups—rush at each other but cannot hold on.  They connect.  They touch each other’s wounds. They are both intimate and estranged.  Both are bleeding; One takes outlandish, jump-off-a-building risks, the other quietly vomits and cuts.

The Doug (Priyank Rastogi), Evel-Knievel’s off a roof, loses an eye to fire works, drives a nail through a foot…I could go on, as he does.  The Kayleen (Jaz Zepatos), calls him “retarded” and “stupid,” but she casts those slurs with affection and recognition.  Does he court pain just to feel something?  Isn’t that why she cuts?  Those questions invite big themes about love and pain, but the characters stay intimate and specific.

Director Ash Mayfair makes deft choices, keeping the two actors on stage for the entire eighty-five minutes, changing time and place and age.  The actors effect scene changes by peeling off one costume and slipping into the clothes draped on the wire mannequins.  It’s as though we are peeking back stage.  They strip dispassionately.  At one point we see Kayleen paint her ankles with “mud.”   A wastebasket is introduced and, like the pistol left on the mantle, it must be “fired” before the end of the first act…and it is.  Minimalist decisions inform the acting and the mechanics.  It’s pretty seamless.

I was eager to see this piece because I’d seen a recent production of Rajiv Joseph’s Animals Out of Paper in a church basement on the UWS and was blown away.   I was stunned to see that level of work in such a modest venue. So, I had very high expectations for Gruesome Playground Injuries.

There are treasures common to both.  The dialogue feels spontaneous.  All the groundwork is there for an emotional denouement which is tenderly executed.  The young actors in both cases are appealing and credible.

Rajiv Joseph has a distinctive voice and he tells us stories just odd enough to keep an audience in thrall. 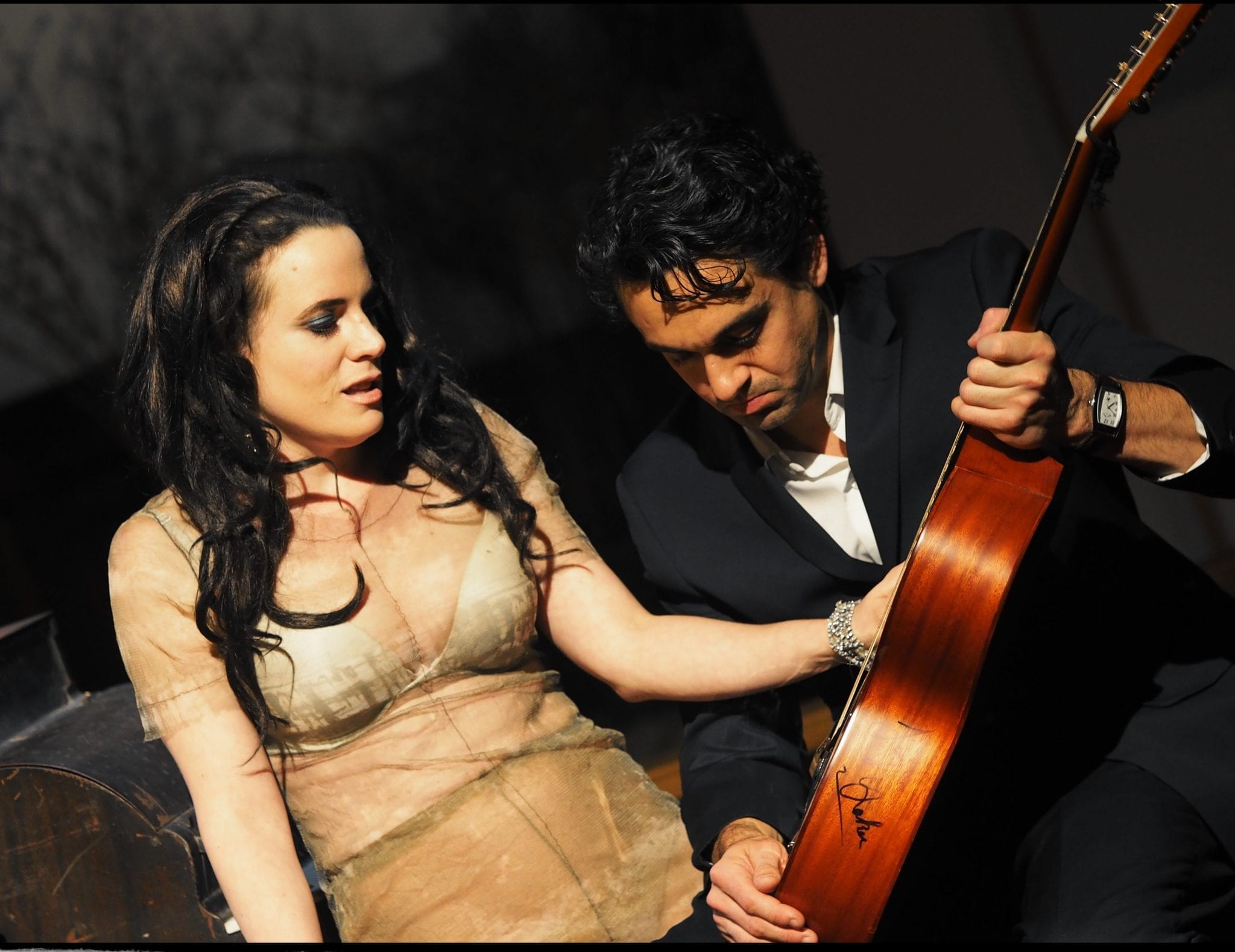