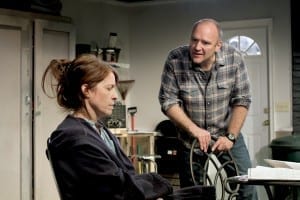 Milton Berle used to say: “When you steal from me you steal twice.”   The Groundling’s playwright, Marc Palmieri has not been shy—lifting a soupcon of structure from Shakespeare’s Love’s Labour’s Lost and pilfering half a cup of plot from Albee’s Who’s Afraid of Virginia Wolfe.

In his play-within-a-play, there’s even a dash of the Andy Hardy musicals, as a handful of disparate characters gather in a Long Island garage to “put on a show”—while the householders continue a relentless pitched battle around them.

All you need to know about “LLL” is that it is distinct among Shakespeare’s comedies, in that the sets of lovers cavort and court and pair off—but do not wind up together, after a messenger arrives with news of a death.

Your high school English teacher will be proud of you for remembering that the groundlings were the lesser folks in the audience.  They stood on the ground, rather than lounging in the seats, before the Elizabethan stage.  They were the “rude mechanicals” prone to hurling insults and food.  Playwrights were forced to play to them or dodge the flying food and insults.  Hence the stock characters and generic settings.

Palmieri is Shakespearian in that his characters too are stock characters: the scold of a wife, a deaf father, the dense young man.  The pedestrian plot and setting are nicely summarized in the promotional postcard:

After stumbling upon a small outdoor production of a Shakespeare play in Manhattan, Long Island landscaper Bob Malone is inspired to write a play about his troubled marriage.

Palmieri’s not Shakespeare.  For openers, he is writing for us.  And he is certainly not writing a comedy.  It takes a long time to get to the emotional payoff in The Groundling.  It is worth the wait; that is, it is powerful but, at the same time, remarkably abrupt.  He strands his actors on stage and whipsaws his audience in the dark.

Each time Bob Malone (Robert Ierardi) and Karen Malone (Eva Kaminsky) enter, present, and leave they do so with a lot of noise.  They are full of rage, and, for the longest time, you don’t know why.  As actors, they don’t have much running room to recover from those arch positions.

The star of the show is Dodd (Brian Barnhart), the “director” of the faux play.  He is the glue that connects the ‘real’ theater with this construct in a garage.  While we are getting our footing as an audience, and the other actors are struggling for some credibility, he skateboards in.  Only Dodd gets to play broad strokes and small moments.

Kendall Rileigh is cast as Victoria, the one professional actor in the faux play.  She is winning and polished, and she has an especially nuanced scene with the wife she’s meant to portray.

Benjamin Russell has the unhappy task of playing a poor actor, an amateur, and he is convincing.  Emily Kratter in the kid sister roll is appropriately annoying.

I’m glad I saw The Groundling and I’m happy to recommend it to you.  It’s the kind of live theater, warts and all, that makes us happy we live here and can just hop on the #1 train to the Village and watch theater professionals do their stuff.

The Groundling – Written and directed by Marc Palmieri

The Groundling runs through March 8th at the Axis Theater–a terrific, if modest, space at 1 Sheridan Square in Greenwich Village.  Running time is 90 minutes with no intermission. 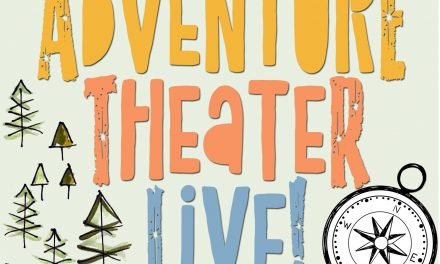 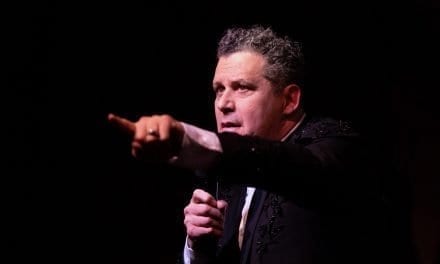 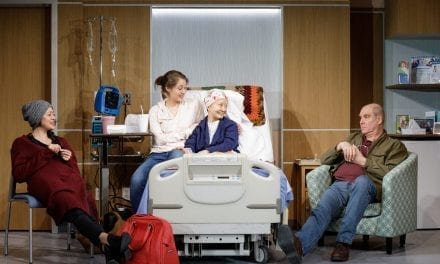