Playwright David Auburn knows a thing or two about tight dialogue, having banked a Tony and a Pulitzer for Proof.  And here, once again he builds a dyad, just two people seeming to talk about hot-water heaters and swimming lessons, but each betraying a kind of low grade desperation.

In Lost Lake we meet Veronica, a New York City woman, a recent widow with three kids in tow, and her professional life in tatters.  She’s renting a fairly rustic–okay squalid–cabin on a man-made lake, somewhere upstate, that she can just afford.

Hogan, the resident-owner of the cabin, will move out and into his truck, in order to rent the place to Veronica.

He struggles to put the best face on his down-at-the-heels life. He is destitute.  He is a thief.  His daughter won’t see him.  His wife is long gone.  Nothing is his fault –it’s his brother’s wife, the hateful Debbie, who’s been his undoing.

He’s a loser to be sure, but he’s also a charlatan, a shape-shifter, even, sometimes, a charming rascal.  Actor John Hawkes so inhabits Hogan that I had to look him up to recognize him, as the compelling polio-paralyzed poet in The Sessions opposite Helen Hunt.

Tracie Thoms plays Veronica with substantial depth and restraint.  She bends the pauses and silences to advantage.  She never takes a wrong step.

Each of these characters is “up against it.”  Each argues everything is under control and of course, it is not.

Sustaining flights of dialogue–for that’s what we have here, just two people on a stage, talking for ninety minutes–takes more than the fine script from Auburn. The polish in this production relies on the practiced teamwork of Auburn and director Daniel Sullivan, who earned a Tony for himself directing Proof.

Here in Lost Lake he again teases the action forward in subtle, incremental steps.  He won’t let us dismiss Hogan as just a loser, though loser he is.  He won’t let us see Veronica as St. Veronica.  He underscores their desperation to connect, as they approach and then retreat.

Kudos to the inventive scenic designer, J. Michael Griggs, for the airy, open set that feels a lot like being in a cabin on a lake.  Add to that there is a very impressive set change I will not spoil for you–a change that, in a nanosecond, moves time and space.   (If there are not awards for this kind of special effect, there should be.)

The Enchanted Realm of Rene Magritte 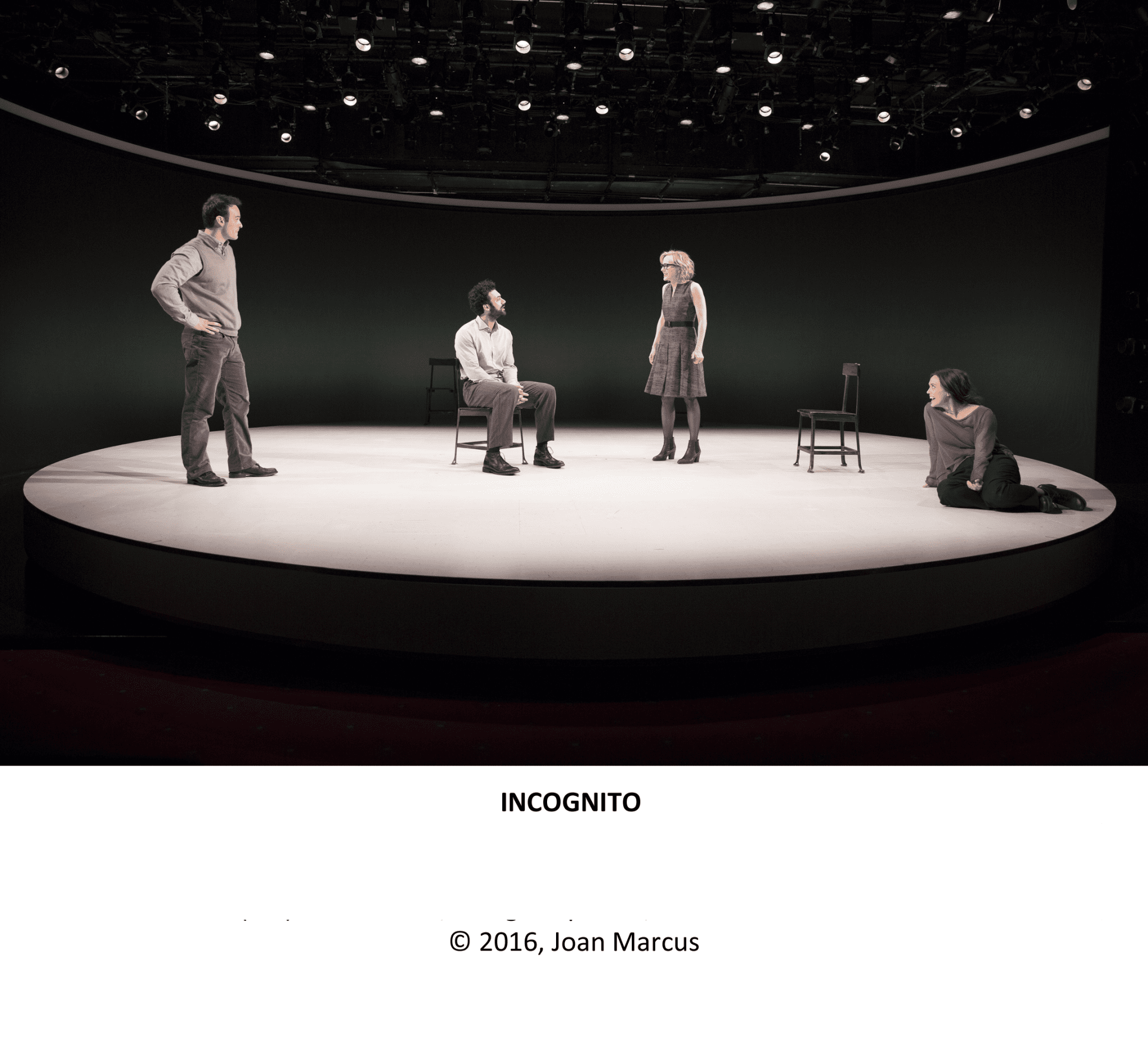 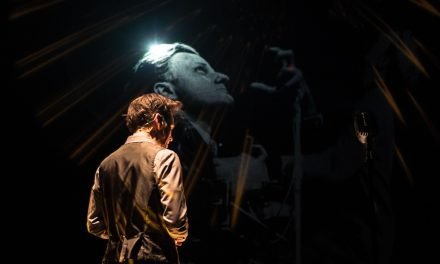