The theater was heaving with excited little girls and their moms — and a lot of women who used to be excited little girls.  Nearly two years into its run, Cinderella is generating enough enthusiasm, with that special demographic, to nearly fill the 1761-seat Broadway Theater.   Outside on Broadway itself, the last of the chartered buses pulled away to find side-street parking, as the unflappable lobby staff moved the crowd into the house efficiently, with a kind of school-monitor authority.

Inside, the orchestra was tuning up.  The theater had the feel of Radio City Music Hall’s Christmas Spectacular without the camels.  This show is an event, a destination.

The last time most of us saw Cinderella it was on television–Julie Andrews in 1957, then Leslie Ann Warren in 1965.  Since then, a video or DVR of one of these has had some currency in any home with little girls.  Cinderella on Broadway relies on the classic Rodgers and Hammerstein score with an updated book by Douglas Carter Beane.   Beane’s modernized Ella a bit, giving her a whiff of a backbone, but leaves the fairytale of ‘marrying her prince’ as the end of a girl’s dream, in tact.

It is a long time since producers of a musical tried to fill a Broadway house without a television or film star as the draw, and Cinderella is no exception.  Keke Palmer is the Cinderella.  Palmer has a talk show on BET, she’s in a current film called Animal and works in Masters of Sex.  She’s a confident young performer with a lovely, if non-theatrical voice.  Balancing that, she has a huge, enthusiastic following that puts bottoms in seats.   Sherri Shepherd, best known for her presence on The View, plays the evil stepmother. She’s not asked to do much but posture, yet the audience responds to her with a near familial affection.

The rest of the cast–theater pros–deliver, of course.  Tony Award winner Judy Kaye, fresh out of Nice Work If You Can Get It, pushes through the soppy lyrics here, even strapping on the harness to sail above us — singing and “flying” as a Valkyrie of a Fairy God Mother.

Ann Harada, as Charlotte, delivers large doses of comic relief–perhaps a nod to the vaudevillian ghosts that haunt the venue.  Ditto, Todd Buonopane, as the timid “firebrand.”  Peter Bartlett, as the imperious Sebastian, plays ‘sneering condescension’ one more time, and with distinction.  And Phumzile Sojola (Lord Pinkleton) brings his full tenor and mile-wide smile practically to your seat!

Not much is asked of our Prince, Joe Carroll. He is written to be handsome, if dim.  Carroll brings some unintended drama to the fore when asked to dance.   While Carroll executed all of the lifts and sweeps in a workmanlike way, he looked very worried about dropping Keke, and in that room, anyone would be.

On the technical side of the forest, special effects are modest considering the pumpkin-into-coach nature of the tale, but appropriate for the dreamy quality of the story.  The Tony committee recognized William Ivey Long for his clever costume design that converts waif to princess with some dazzle.

At the Broadway Theatre, 1861 Broadway.  Running time is about two hours and fifteen minutes including a fifteen minute intermission. 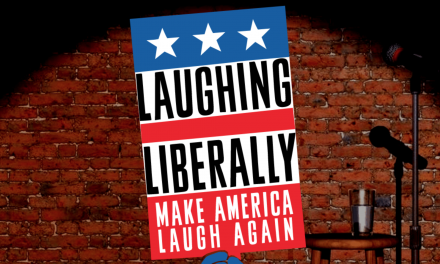 Harry and The Thief

The Juliana Project: Juliana At The Duplex