First – this production is 99 and 44/100 percent pure perfection. Second – Bootycandy is not at all what I thought it was going to be.  Third – Get your butt to this show.

Sutter (Phillip James Brannon) is taking us on a journey of his life as a gay black man.  This is not evident at first and in some ways is not important.  Each of these short plays stands on their own, and as I am not in the habit of reading press releases until after I see a production, I was able to experience the unfolding and discovery.  Sutter grows from being a young man attached to a dictionary, wanting to know why certain words he has heard are not in there -ie “blowjob”.  His mother (Jessica Frances Dukes) tells him  Then it must not be a word right, Sutter? So you should not say thangs that ain’t words.

This is the sex talk version of Because I said so.  Which no kid ever believes and still grows up to try it on the next generation.

Robert O’Hara’s work is not chronological.  More like an amusement part visit.  We zoom from bumper cars to the haunted house to the roller coaster.  You don’t’ know what he will toss at you – via this spectacular cast of five – including Jesse Pennington, Benja Kay Thomas and Lance Coadie Williams.

Reverend Benson (Williams) excoriates his community for writing letters about suspected homosexuals in the church who make the mistake of glancing at one another, and then reveals a spectacular secret of his own.  Sutter as a teenager tells his parents that a man tried to follow him home.  His mother (Thomas) wants to know what he did to make that happen (Sutter is dressed in full on Michael Jackson in red).  His father (Willilams) tells him to join a sport and in the mean time he should bend his knees when he picks stuff up.  Four women (Dukes and Thomas play all) gab on the phone about a new baby named Genetalia.

In a gay bar Sutter goes through the hoops of fire required to seduce a man (Pennington) who is nearly related and claims he is straight.  A panel of black writers is moderated by a particularly smarmy white “professor.”  Late night at a bus stop a lost soul’s story (Pennington) mophs into the unexpected.  At an island beach two women get uncommitted with vitriol that you want o write down and give to some folks you think could use it.

Finally, Sutter and his friend Larry (Williams) who is made up to the nines and wearing leather pants that look sprayed on, along with stilettos that make your head spin, take on a drunk white guy (Pennington) just for kicks.  It doesn’t go well.  As a matter of fact it is tragic.

This is where the play slides off the rails.  O’Hara tosses out the fourth wall with the cast rebelling and puts that wall right back up as we see Sutter visiting his grandmother.  It is a gratuitous scene that ends up being a terrific let down after the previous scenes that are nearly flawless.

I got the feeling that O’Hara didn’t know how to end the play and settled for an easy out – which is baffling.

In spite of this startling disappointment, the rest of the play has no harm done to it.  This is the kind of theatre that reminds you why play houses are temples.  O’Hara educates, entertains and slips the scalpel into your head so beautifully that you hardly feel a thing – until you stand up and your head topples into your lap just from the mental and spiritual overload.  It is precisely the sort of experience for which a theatre maven thirsts.

Bravo.  Drinks on me. 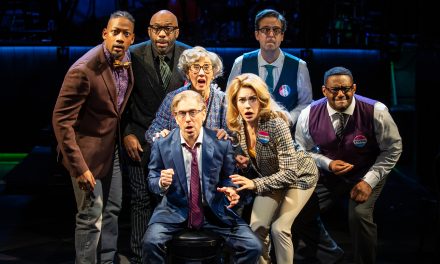 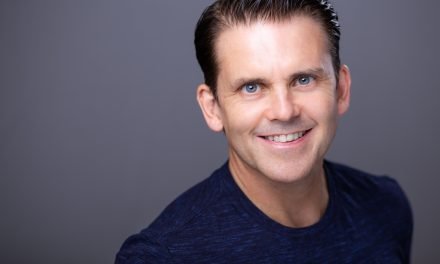 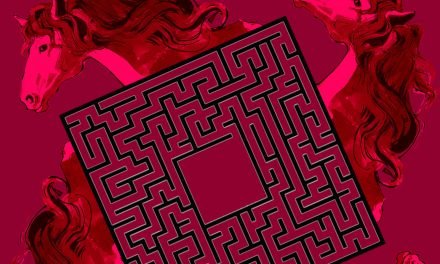