When We Were Young and Unafraid

Why does it always surprise me when good writing, acting and directing conspire to create excellent theatre. When We We Were Young and Unafraid at Manhattan Theatre Club is a production not to be missed.

This is a story that meets the “Duh Factor” requirements. It is about people you never knew existed, but when you stop to consider for a moment, you say to yourself, “Ah. Of course.”

The “of course” here is that there are battered women in every city in the country. When they finally get up the courage to leave Dodge, someone must take them in. If they have no family or friends who will understand – someone else must step up to the plate. We have an Underground Railroad once again. It exists as sure as you are reading this review. We just don’t see it because most of us aren’t looking for it.

Agnes (Cherry Jones) is a conductor on this railroad. It is 1972 and Agnes runs a B&B on Whidbey Island, a stone’s throw from Seattle, with the aide of her precocious daughter Penny (Morgan Saylor). Penny is busy planning how she will leave the island and have a life all the while being Agnes’ right hand person. The newest guest appears at dawn while Agnes and Penny are discussing the vagaries of being a smart female teenager who either doesn’t like boys or doesn’t know what to do with them. Mary Anne (Zoe Kazan) arrives with a shiner, a split lip, and a set of nerves that could make your teeth rattle.

Soon, without the least effort, we learn how Agnes rolls. This is one of the many fine elements in Sarah Treem’s writing. She avoids exposition all together and lets the facts reveal themselves in incident or action. We learn that Agnes has been doing this work for years, that she is a former nurse and can patch up most any wound. Her guests, like the self-effacing Paul (Patch Adams) find her accommodations balm for frazzled souls. It is 1972 after all. Free love and marijuana are all around whether you want to participate or not. For the adults of that time it was a disturbing turn of events to discover themselves on the outside looking in instead of leading the life their parents had twenty years earlier.

As the days pass, Mary Anne coaches Penny on how to get the guy she really wants. This boy girl thing is a war, and although she has come out on the wrong end of a relationship, Mary Anne nevertheless considers herself a five star general. In addition, Hannah (Cherise Boothe) an itinerant feminist full of some serious bluster and possession some serious smarts (when she is angry she quotes Walt Whitman) shows up at Agnes’s door offering to fix whatever needs fixing, but Agnes turns her down. Hannah is persistent and soon she is part of the gang.

These five characters exchange partners and dance to their own unique music. Agnes is the axis connected foremost to Penny, and then to the rest. Jones and Saylor have some mighty fine scenes together. But everyone – especially Penny and Mary Anne – has time to connect with other characters and alter the flow of the story. Being a TV writer, Ms. Treem lays out the scenes much like an excellent TV Show. She moves around like a camera seeking new liaisons. The effect is completely engaging.

The story plays out with plenty of bumps and more than one surprise. Treem make plenty of room for these women to let it all hang out. In particular Kazan hurls herself full throttle into the heart of the victim who aches so much for her man that she is nauseous. We do not get to pick sides in this story. Everyone is an idiot and everyone is a hero.

There are some details that could be ironed out (Why is a 16 year old asking someone to the prom? People sneak in through windows and feel compelled to leave the same way. There is an awful lot of yelling going on that none of the paying guests seem to hear.) and they really should be handled. This is a story that is meant to shine. It is not a “woman’s play”. It does not fit neatly into that slur of a category. This is about women getting messed up and women helping each other. As Madeline Albright said There is a special place in hell for women who don’t help other women.

Bravo to Manhattan Theatre Club for producing a play with meat on its bones that shines a light on w well kept secret. More please.

When We Were Young and Unafraid –  By Sarah Treem; directed by Pam MacKinnon 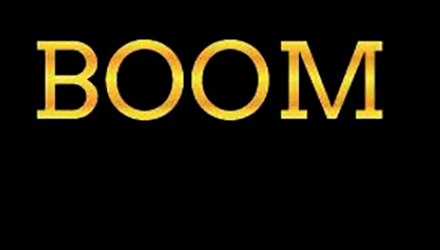 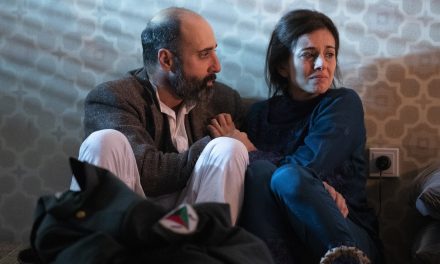