In this quote from the press release, When January Feels Like Summer sounds like a rollicking good time.   And, so it is.

“…[F]ollows five diverse Central Harlem residents as they collide during one strangely warm winter, when a feeling of change is in the air.  Through everyday encounters on the subway and in corner bodegas a pair of teenagers becomes unexpected heroes, an immigrant accountant embraces transformation, and two lonely souls begin to stumble toward each other.”

Playwright Cori Thomas disguises her taut structure for this remarkable play with a disarming nonchalance.  The characters do indeed seem to collide and stumble, but, as the action moves with enormous grace, and the characters deepen with quick- time pacing, you have to say the writer, Thomas, and the director, Daniella Topol, are “on it”!

In the noisy opening scene Devaun (Maurice Williams) and Jeron (J. Mallory McCree), exploding with the rowdy chatter of adolescence, tumble onto the A train and begin to jostle and taunt a stranger, casually annoying him, until he exits the car.

The seemingly casual encounters, are not.  This harassed stranger turns up shortly as Joe (Dion Graham), this play’s Everyman. (Are they always called “Joe”?)

In a similar scene, the two young men sandwich a woman, the silent Nirmala (Mahira Kakkar), between them, in a three-seat section of a subway car, barely seeing her, as they entertain one another with the ‘how-to’s’ of ‘getting with’ a woman.  Nirmala scarcely hears them as she considers “pulling the plug” on the disappointing and now vegetative husband she is going to visit.

Here’s the thing about When January Feels Like Summer: The writing is so spare, the characters so engaging, and the mechanics of light, and sound, and set so precise, so dead on…that you are prisoner to the play before the intermission.

There are many, many wonderful moments and there are three memorable monologues:

Nirmala’s heartbreaking recounting as she speaks to her now vegetative husband of her long, futile wait for his touch.

Joe’s quiet vulnerability is especially moving when, still dressed in his Sanitation Department uniform, he walks that edge between powerful metaphor and cliche as he describes his ‘trashy’ wife.

And then, there is the intriguing mythic tale of the elephant’s trunk from Indira. Throughout the play Debargo Sanyal plays Indira for all the campy humor invested in this transgender role, but, suddenly, we stop laughing.  We are as engaged as she is in her search for love.

The two young men who’s loose-limbed grace and loose language own us and entertain us from the get-go are the glue that keeps up the pace.  They are contemporary classics — Shakespeare’s fools — though these “mechanicals” work at Burger King.

Devaun, like Bottom, brutalizes the language.  He means to say a predator is working the neighborhood but actually says:
“…a prederator trying to infest hisself on some children.”

He explains how he was approached: “…man come up to me in a sto like this one…and try to homosex me…”

He wants to warn the neighborhood because:  “…it’s our justiful dutiful and shit.”

Before long you are waiting for his next linguistic invention.

If you can get tickets, do, but know that a very long walk is involved.  The Ensemble Studio Theatre is so far west on 52nd Street they should be getting funding from The New Jersey Council on the Arts.

When January Feels Like Summer, by Cori Thomas, directed by Daniella Topol.

At the Ensemble Studio Theatre, 549 West 52nd Street in Manhattan.  It is a co-production by EST and Page 73 and runs through June 22nd. 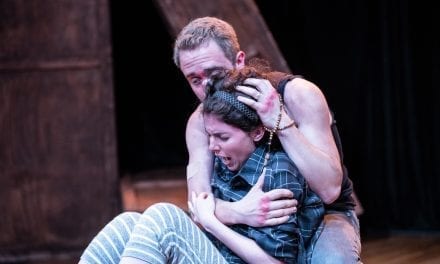 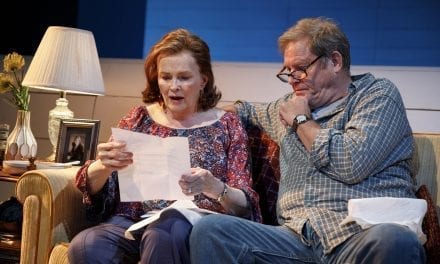 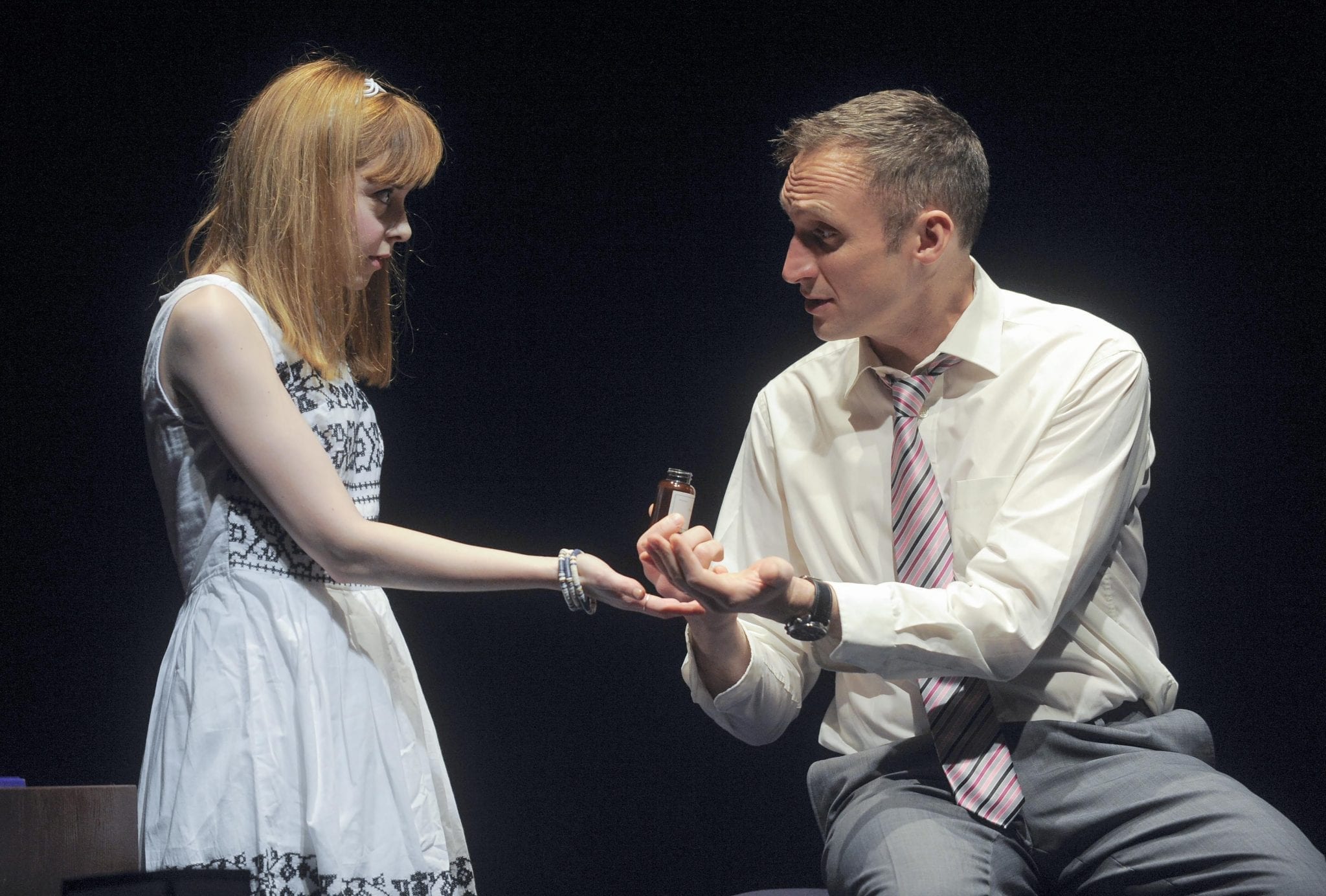