AYCKBOURN ENSEMBLE arrives at Brits Off Broadway at 59E59 Theaters

New York, New York May 6, 2014—59E59 Theaters (Elysabeth Kleinhans, Artistic Director; Peter Tear, Executive Producer) is thrilled to welcome the Stephen Joseph Theatre back to Brits Off Broadway with the US premieres of ARRIVALS AND DEPARTURES, TIME OF MY LIFE, and FARCICALS: A Double Bill of Frivolous Comedies, written and directed by Alan Ayckbourn. ARRIVALS AND DEPARTURES begins performances on Thursday, May 29 (Opening Night is Wednesday, June 4 at 7:00 PM). TIME OF MY LIFE begins performances on Friday, June 6 (Opening Night is Wednesday, June 11 at 7:00 PM). FARCICALS: A Double Bill of Frivolous Comedies begins performances on Saturday, June 7 (Opening Night is Tuesday, June 10 at 7:00 PM). All shows run through Sunday, June 29. The performance schedule varies. Please see attached calendar for the individual show schedules. Single tickets for ARRIVALS AND DEPARTURES and TIME OF MY LIFE are $70 ($49 for 59E59 Members). Single tickets to FARCICALS: A Double Bill of Frivolous Comedies are $50 ($35 for 59E59 Members). To purchase tickets, call Ticket Central at (212) 279-4200 or go to www.59e59.org.  For more information, visit www.britsoffbroadway.com.

TIME OF MY LIFE
It is Laura Stratton’s birthday and, to celebrate the event, the whole family is gathered for an evening out in their favorite restaurant. The dinner turns out to be a significant moment in all their lives. The NYC premiere of Alan Ayckbourn’s 1992 comedy.

FARCICALS: A Double Bill of Frivolous Comedies
In CHLOË WITH LOVE, Teddy and Lottie’s marriage is in difficulty. Cue neighbors Penny and Reggie to the rescue. But who is Chloe? Lottie and Teddy return in THE KIDDERMINSTER AFFAIR! Will Lottie discover the awful truth about Kidderminster? Will Teddy burn the barbeque?

2014 marks Alan Ayckbourn’s (director/playwright) 53rd year as a theatre director and his 55th as a playwright. He has spent his life in theatre, rarely if ever tempted by television or film, which perhaps explains why he continues to be so prolific. To date he has written 77 plays and his work has been translated into over 35 languages, is performed on stage and television throughout the world and has won countless awards.

Recent hit revivals include Matthew Warchus’ acclaimed in-the-round Old Vic staging of The Norman Conquests; the National Theatre’s 2010 production of Season’s Greetings and in the West End in 2012, Absent Friends directed by Jeremy Herrin and A Chorus of Disapproval directed by Trevor Nunn.  Currently, Wyndham’s Theatre is housing a major revival of Relatively Speaking directed by Lindsay Posner, starring Felicity Kendal.  The celebrated French film director, Alain Resnais, adapted Intimate Exchanges and Private Fears in Public Places with great success for the big screen. The late director’s final film was an adaptation of Ayckbourn’s  Life of Riley, which premiered at the Berlin Film Festival this year.

Although Alan stepped down as Artistic Director of the Stephen Joseph in 2009, he continues to guest direct at the theatre which has premiered virtually all his plays.  In recent years, he has been inducted into American Theatre’s Hall of Fame, received the 2010 Critics’ Circle Award for Services to the Arts and became the first British playwright to receive both Olivier and Tony Special Lifetime Achievement Awards. He was knighted in 1997 for services to the theatre. ### 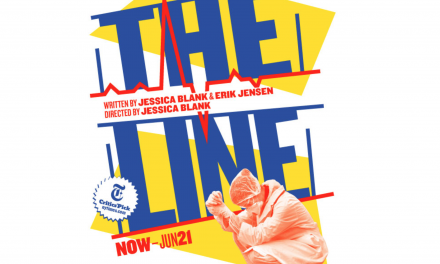 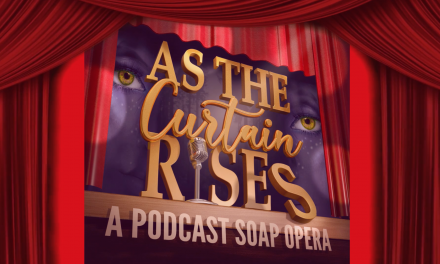 Avvatar the Musical opens in As The Curtain Rises 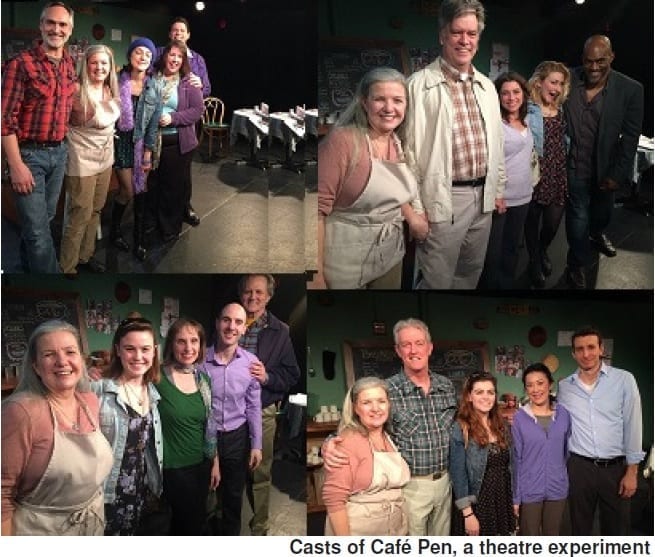