Into this melee comes one Clifford Bradshaw (Bill Heck). He is an American, a would be novelist, in search of a story and students who want to learn English. On the train to Berlin he meets Ernst Ludwig (Aaron Krohn ) who recommends the rooming house of Fraulein Schneider (Linda Emond ) where Bradshaw will find shelter and friendship. Ludwig also directs Bradshaw to the Kit Kat Club – hottest spot in the city. Telephones on every table. Girls call you – boys call you – you call them – instant connections. The Kit Kat Klub is where Sally Bowles, (Michelle Williams) the headliner at the club, will find Bradshaw. And that will be that. Sort of.

The story moves to the rooming house. After meeting and carrying on with Bradshaw, Sally is tossed out of her room at the Kit Kat Klub – specifically the one she shared with Max, the club’s owner. Sally seeks out our American boy at his rooming house and inserts herself into his life with the promise of more money for Fraulein Schneider that Sally doesn’t have. Re-enter Ernst Ludwig with an offer of funds in return for some “courier” work between Paris and Berlin that will help a “political party.” Problem solved.

Meanwhile Fräulein Schneider is juggling bits in her own life. Fräulein Kost (Gayle Rankin) who is entertaining one nephew from the Navy after the other with dizzying frequency, and in order to keep her reputation as well as her rooms full, Schneider must do some fast thinking. She however is buoyed by her relationship with the Herr Schultz – and this is where Danny Burstein enters the picture. Herr Schultz is an immaculate, gentle man who believes in honesty, integrity, good people, good fruit and glad hearts. His devotion to Fräu Schneider is a thing of beauty. And he can waltz. Seriously. (Why is dancing not taught to actors. Stop with the swaying!) That Schneider and Schultz should be married seems as simple as simple can be. Until the engagement party finds a pooper in Ernst Ludwig and his Nazi armband. When a guest lets it drop that Schultz is a Jew, Ludwig cautions Schneider in bold print. The party goes to Hell in a Hitler handbag. Schneider and Schultz will part ways with Sally and Stephen not far behind.

While the doomed relationship of the young-un’s is also a featured motif in this story, the lack of chemistry between Williams and Heck curbs our interest and slows the pace of the production considerably. In addition, Ms. Williams’ performance lacks vitality and spark except for brief moments in her musical numbers. On the other hand Frau Schneider and Herr Schultz – with a few excellent musical numbers between them – are completely engaging. We measure the creeping effect of the Nazi’s by the sounds of footsteps approaching their doors. While Schultz does not believe the Nazi’s will be so bad or stay in power so long, Schneider is more pragmatic. Her own friends are in the party, and one wrong word will take away her permit for her boarding house. She will not risk depending on the man who loves her because he is a liability. No. She will continue on alone and trusts that she will survive as she has always done.

The band, who also dance and sing, are having the time of their lives wherever they pop up, and their conductor Patrick Vaccariello is nearly exuberant. The numbers from the Kit Kat Klub that punctuate the evening never let you forget that year it is or what is on the horizon. They are exquisite and cruel, inviting and abusive, delicious and dangerous. 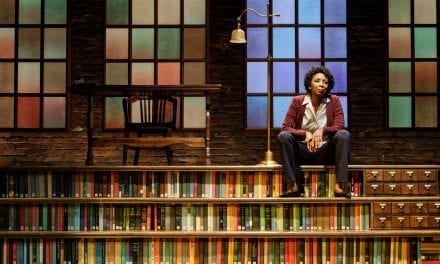 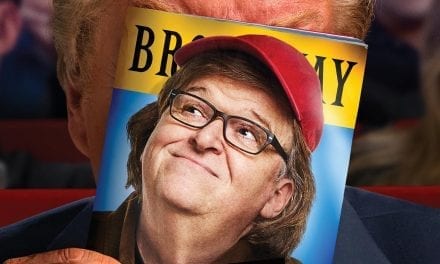