This is a play within a play within, um, well let’s see….. Maybe, as my friend the psychologist said, we just shouldn’t think too much about it.

What I absolutely love about Sarah Ruhl is that the locomotive inside her head has track laid down in places of which I have never thought.  Not that they are way out there – it is just that she chooses to zero in on specific ideas that have eluded me.

Jessica Hecht, giving new meaning to the word “vague”, is SHE.  She is a woman who is returning to the theatre world after several years off as a mother and wife. She lands the part of Ava in a revival of a frothy bit of business – it was a flop in the 1930’s – that will open in New Haven.  In the play, Ava discovers she has a month to live, and her terribly rich husband grants her dying wish: she wants to say goodbye to her old lover, now a successful sculptor (of course) living in Sweden.  The lover, Johnny, is played by HE (Dominic Fumusa) who in “real life” is indeed the former lover of SHE.

The stage kisses, awkward at first, soon turn into lip locks that invite the viewer to take out a stopwatch.  There are also a few hilarious scenes of the same nature involving the understudy played by Michael Cyril Creighton (who handles his many characters with panache).  This cast rises to the occasion when asked to reveal Ms. Ruhl’s funny bone.  Clea Alsip is nearly unrecognizable in her two separate roles as an actor in the first act and as Laurie (the girlfriend of HE) in the second.  Emma Galvin is an efficient mouse in Act One but bursts into fireworks as Hecht’s teenage daughter in the second.  Daniel Jenkins as the husband in the play and in real life is so smooth you have trouble following just who he is. Todd Almond as the Accompanist is underused in the extreme but nevertheless is able to add a leg up whenever he has an opportunity.

Speaking of following – Are you?

Truthfully it is fairly easy to keep track when you are watching this.  Although the second act setting nearly gives us whiplash, in its own odd way it explains what went on in the first.  We see the love affair But not a lot of fire) as it rekindles, catches fire and explodes, as it did years ago.  Ms. Hecht shakes off her breathy one note delivery and lock into full on engagement with Fumusa.  Finally we are let into what made this relationship tick and why its resurrection will be short lived.

Ruhl has plotted a course into the inner workings not only of actors and directors (Patrick Kerr is sublime) but of all of us.  By descending into the theatre’s subterranean territory where people inhabit other lives while living their own, Ruhl gets more bang for her buck.  What happens in one scenario creates ripples that affect all the others.  Of course that is true in all aspects of our lives, but in the theatre, where adults are paid to indulge in fantasy and create magic, a flicker can turn into a flame with the least provocation.  When is a kiss just a kiss?  When do the walls come down, and how swiftly are they put back up?  Where are the boundaries in a field with no markers?

Ruhl is a master at pulling in strays and turning the theatre into an animal shelter for the human variety.  While the plot twists were not always connected, and the performances often uneven, I still walked out with a feeling that I got what Ruhl was saying.  Hers is a voice that keeps on giving long after the curtain has fallen. 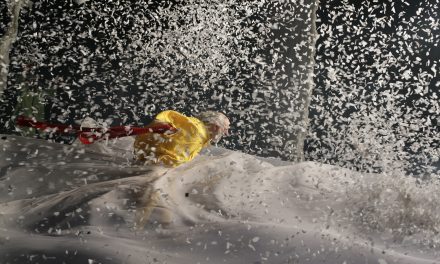 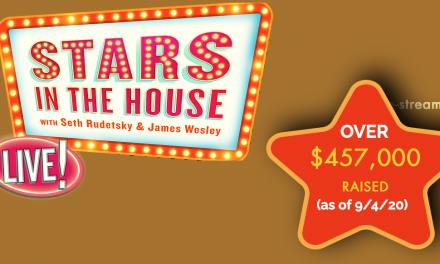