“A journalist, a postal worker and a socialite walk into a bar…” Sounds like the beginning of a corny joke, does it not? But what if instead of walking into a bar they were led, one by one, into a cell. And that cell was located in the always warm, infinitely southern region of Hades. That scenario throws all jokes right out of the  window.

Cradeau (Bradford Cover) is the first person brought to the cell. Accompanied by the Valet, (Pete McElligott) he spends a “more than necessary” amount of time making pointless observations and asking self-explanatory questions. Once the Valet departs, Cradeau’s isolation is cut short by the contentious Inez, (Jolly Abraham) who comes storming, in guns blazing, demanding the whereabouts of her lover. Within moments, it is pretty evident they are not going to be two peas in a pod. Their bickering is only put on hold when Estelle, (Sameerah Luqmaan-Harris) clearly no stranger to making a grand entrance, comes strutting in dressed to the nines. Catching both of their eyes.

At the start of this play we know almost nothing about these three characters. In time we learn certain essentials, including their occupations (or lack thereof), their cause of death, and the reason each of them have been brought to hell.  There is, however, a major question that I feel goes unanswered: why were these three people specifically put together? It is a question asked from the start, and while it appears the three characters had figured it out by the end, I had not. (I could go into some of my hypotheses, but will spare you the philosophical lesson.) This happened to me more than once, and each time I felt the issue could be traced back to dialogue. Many conversations danced around places where bluntness would have been preferred, and eventually my confusion surpassed my curiosity. Once that had happened the minutes began to tick by ever so slowly.

Now it’s time to shed some light on what I did enjoy. The acting across the board was excellent. The honesty and rawness Abraham demonstrated from beginning to end never wavered in heart or intensity. As for Cover and Luqmaan-Harris, I was extremely impressed with both their abilities to reveal, if only for a fleeting moment, their sinister side before quickly and effortlessly returning to the façade of a victim. And when they did decide to let their true colors show, I was glad to see their rawness skillfully match that of Abraham. Even McElligott impressed me with his dryness and ability to convey smug with just a look. Behind many great actors there is a great director, and Linda Ames Key is that, especially in her ability to keep “the little things” in mind. So much of the story was told with just the simple hold of a hand or a passing smile. In addition, the artistic team created an atmosphere that simultaneously looked comfortable and confining. In many ways that room, and the objects in it, became characters themselves.

Long story short No Exit was a mystery game that after the first 60 minutes or so I didn’t feel like playing anymore. The acting was amazing, the staging was great, yet I couldn’t help but fold my cards.

NO EXIT- By Jean Paul Sartre adapted from the French by Paul Bowles; directed by Linda Ames Key. 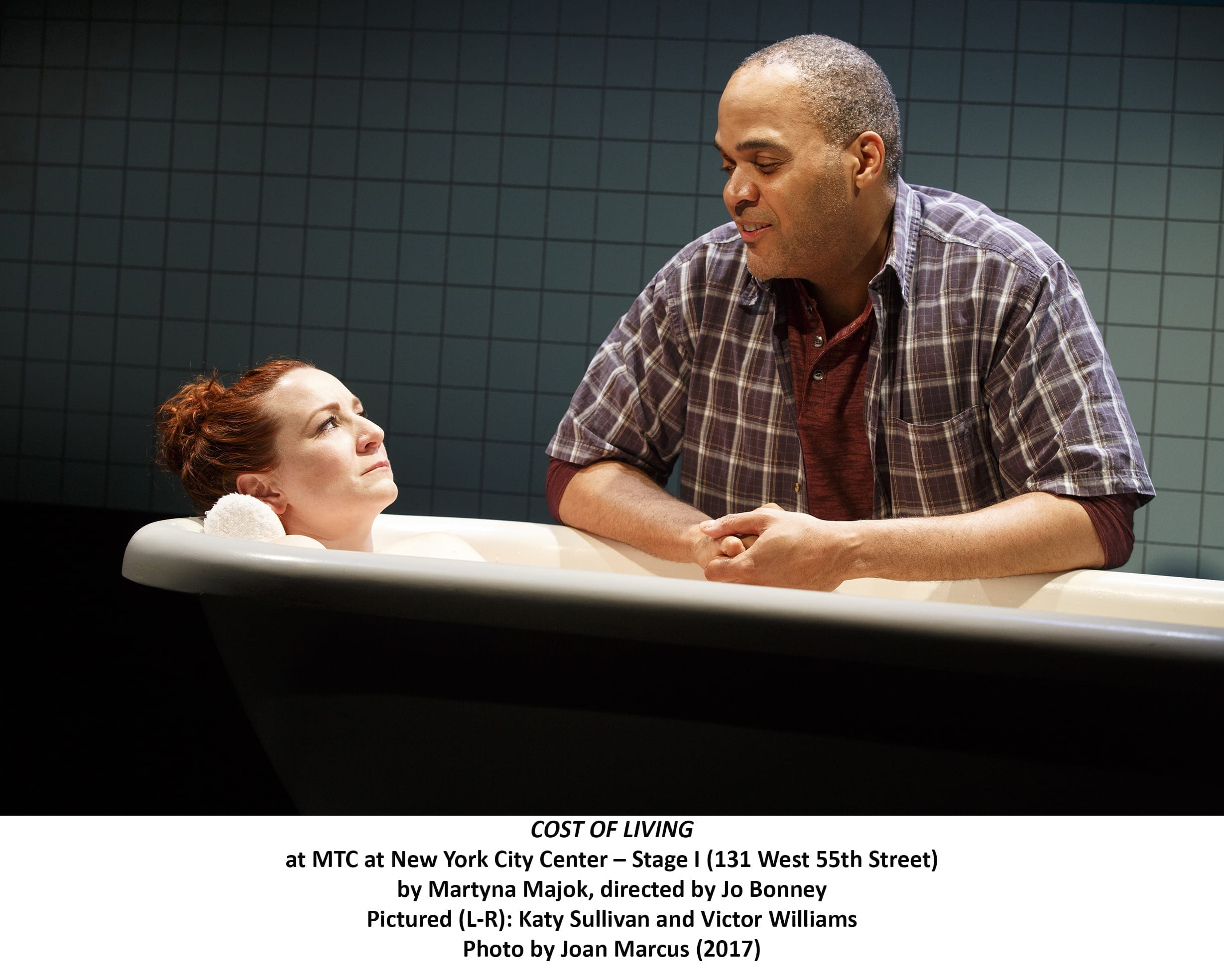 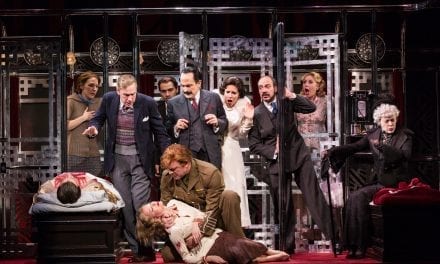