The power struggle between Robert Mugabe (Michael Rogers), president of Zimbabwe, and psychiatrist Andrew Peric (Ezra Barnes) has already begun when the play opens. Dr. Peric has arrived too early; Mugabe keeps him waiting. For the next 90 minutes control shifts constantly, and often surprisingly, in this challenging drama.

The story is set in 2001, just before the elections, and was inspired by a news report that Mugabe sought counseling from a white psychiatrist. The circumstances are not what Dr. Peric expected, as Mugabe’s much-younger second wife, Grace (Rosalyn Coleman), explains as they wait. Mugabe believes he is being haunted by a ngozi, a bitter and malevolent spirit. It is the doctor’s task to uncover first the identity of the ngozi, then the source of this “haunting,” and then to banish it.

Each character is battling for power and control, and, as Grace Mugabe states, “Nothing in Zimbabwe is ever pure.”  The liberal white doctor doing so much to help the black communities and so well-versed in Shona beliefs is himself a white land-owner, and although he sees himself as African, he is perceived as colonial — and may have his own agenda in getting close to power. Grace is genuinely frightened for her and her children’s safety as Mugabe’s paranoia keeps her trapped in the state house, but she’s also a scheming survivor and if Mugabe loses power she wants no part of him. It is clear that Mugabe’s quiet (and no doubt lethal) aide does his job well, but it is not personal or political loyalty that drives him but his self-interest. And of course Mugabe himself, championed as a hero and despised as a monster.

All four actors are excellent, capturing the contradictions of their complex characters and bringing nuanced changes as the play progresses. Under Shookhoff’s skillful and elegant direction, Barnes’s Dr. Peric comes across as dangerously naive, never suspecting that his race would impact the circumstances, and underestimating Mugabe’s voracious appetite for power, yet he exudes impressive authority when he is in his character’s comfort zone as psychiatrist. Coleman brings a dangerous unpredictability to Grace as she shifts from beseeching to threatening to placating in mere moments. Ayende’s cool demeanor and deadly smile hint at a barely contained capacity for betrayal and violence. And Rogers’s Mugabe is a fascinating and believable combination of frailty, vulnerability, and ruthless ambitions.

Many Americans will not be familiar with the complicated history informing the play and there is a great deal of exposition — dates, events, etc. – to take in. I admit my mind wandered at times, but I was always drawn back in by the ever-evolving and always involving character struggles — both internal and external.

Mugabe’s ngozi isn’t the only ghost present. Each character is haunted by the past, by the violent conflicts, and by the colonial history of the country. The question for Dr. Peric — and the audience — is what exactly would be a cure, and if it would be more dangerous than the illness.

Guards at the Taj 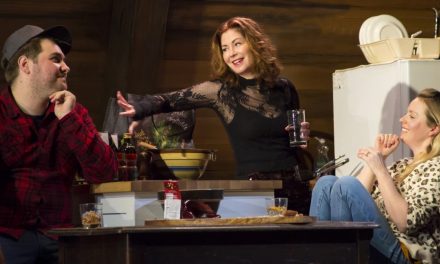 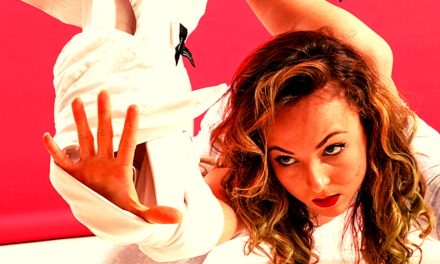 FEMPIRE A work in progress