Drama is practically synonymous with surprise: a character’s true nature revealed suddenly, an incident from the past in the third act that changes the nature of all that came before.

But sometimes the surprise, the unexpected comes in unexpected ways.  Settling in before seeing the solo show, “Another Medea” part of the “All For One Festival” and reading the blurb, there’s mention of the disturbing and shocking turn of events that are about to be dramatized.  My first reaction, sitting in the Cherry Lane Studio theater, in front of a black box stage with a folding card table and a chair front and center was a muted, “Well, what could happen? I mean, solo.  Chair. Table. Actor…C’mon.”

The piece begins curiously enough when Tom Hewitt comes out in black jeans and button-down shirt. stands beside the table and says nothing.  Nothing.  For at least 2 minutes.  Looking left and right, head stock still.  His mouth opens.  Still nothing.  A finger moves.  His expression carries the weight of fear, uncertainty, disturbance.  It may have been less than 2 minutes, but 2 minutes of silence in a theater is a long time.  We know this is not going to go well.

When he haltingly begins speaking, the unnamed Narrator tells us about his relationship with the actor Marcus Sharp.  The Narrator tells us he was an understudy to Sharp.  Then we find out something happened to Marcus and the Narrator goes to prison to interview Marcus.  The narrator has already confessed an interest in the actor previously and particularly since this ‘something’ has happened.

Most of the rest of the play takes place as Marcus, sitting in that chair facing the audience, tells his story as if to the Narrator.  Since we are in prison, we know a crime has been committed and Marcus is guilty.  But initially he comes off as fairly well-balanced, humorous, at ease.

Shortly, we learn that Marcus is not a very successful actor.  Hewitt slips into Marcus’s conversations with his agent and other characters in his life, seamlessly working in accents and mannerisms to distinguish them all.  Eventually we are introduced to Jason, a very successful British oncologist Marcus falls in love with.

There’s an undercurrent, of course, of Medea and that’s all you should know about that.  While my memory of the myth was vague, I recalled enough to know, like the first minutes, things do not go well.

The performance, sitting at a chair the entire time as Marcus, rattles and chills to a messy climax.  Between the pace of the action being described, the awful detail and the miserable state Marcus evolves into there is nowhere to go but look and listen at this sad man.  And the denouement leaves us with a creepy feeling that after all that has transpired and all we’ve witnessed, this story is not over.

Excellent as the performance and the writing are, there are a few plot points that don’t quite mesh.  The actor of Marcus, someone admired by the Narrator, doesn’t seem to be an actor anyone would admire or look up to.  Not very successful it’s unclear how he could even get noticed with such a modest career.  The relationship between Jason and Marcus follows an all-too-predictable chain of early infatuation and steady demise.  And though, Tom Hewitt’s performance is outstanding and masterful, there are times when the switching between character’s accents gets muddled.  No matter, the strength of his performance plus the undeniable conviction and energy as the story unfolds from Marcus overshadow minor drawbacks to leave an audience stunned, silent and unsettled.  No surprise there.

Starring Tom Hewitt Written and written and directed by Aaron Mark.   “Another Medea” had its final presentation 10/30 as part of the 2013 All For One Theater Festival at the Cherry Lane Studio Theater 38 Commerce Street.

The All For One Theater Festival offers extraordinary solo theater, workshops and panels to increase awareness and appreciation of the form.  If you would like more information about bringing Another Medea  to your school or venue, please contact Michael Wolk at mailto:booking@afofest.org or call (212) 398-7180. 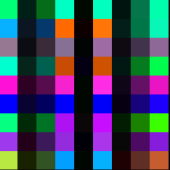 Instructions for American Servicemen in Britain 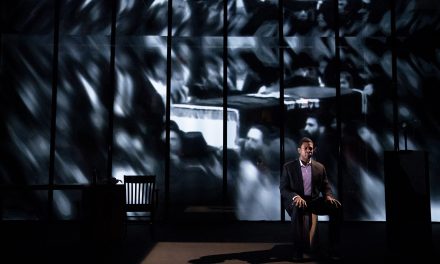 Fires in the Mirror